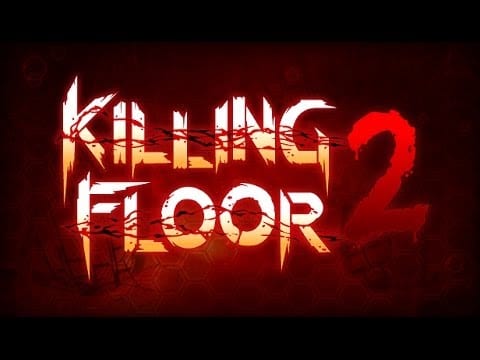 Killing Floor 2 moves the action on one month to a time when Horzine Biotech’s monstrosities have crippled the European Union. Players will take the role of civilians and mercenaries who’ve banded together to combat the outbreak from private bases throughout Europe; on finding an outbreak, players will drop into the hot-zones and take the fight to the Zeds.

Amusingly, the biggest new feature mentioned is a “proprietary, high-powered persistent blood system.” Expect entrails, severed limbs, and huge amounts of blood to spray all over the combat environments. Also expect enemies to rip your characters limb-from-limb if they get close enough, and considering which bullet-point that relates to, I have a feeling they mean that literally.

That aside, you can expect solo play or six-player co-op. There’ll be new Zeds as well as returning favourites, weapons ranging from historical guns to makeshift and “mad scientist” types, a massively expanded perk system, and a completely reworked melee combat system that gives you control over the type of melee attacks you perform.

No word on a release date yet, but you can have a look at a teaser trailer and a load of screenshots below.