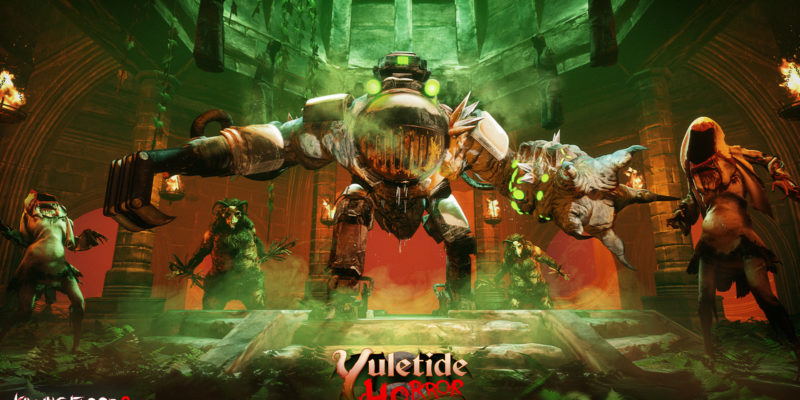 If Christmas is just too happy and gleeful for you, then you’ll want to check out Killing Floor 2‘s Yuletide Horror update. Gift giving and caroling gives way to visceral disembowelments and chaotic gunfire, and somehow old Cthulhu winds up in the mix. Think he’s bringing some holiday spirit?

New boss and a new map

The Yuletide Horror update introduces a new boss, the Matriarch. In her past life, she was named Rachel Clamely, and she worked as a scientist. Her experiments probably fell into the “mad” category because she’s now a desiccated husk enclosed in a suit of armor that looks like a Big Daddy from BioShock was possessed by a demon. The Matriarch will use a variety of attacks against you, and if she catches you beneath the mistletoe she’ll probably rip off your head with her tentacle arm.

Killing Floor 2 is also delving into the world of Lovecraft with its newest community map, the Sanitarium. It’s suitably creepy, with blood-soaked hallways and hands writhing from behind grim metal doors. Apparently, someone is trying to summon “the great one,” which can only be the twenty-story Cthulhu we see at the beginning of the trailer. The map also oozes that dreary New England charm that Lovecraft was so enamored with. 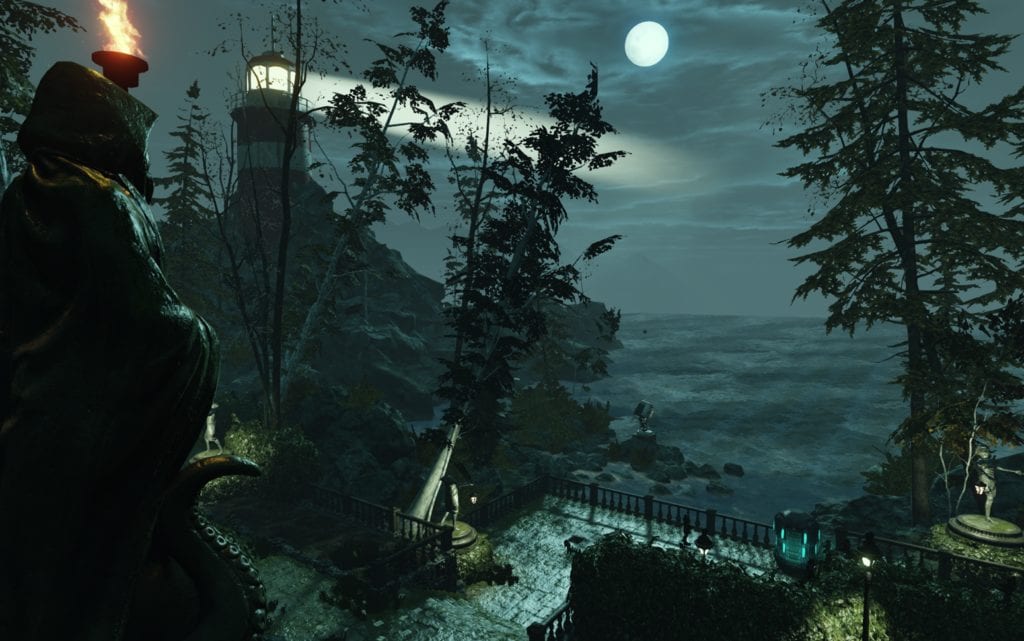 Killing Floor 2‘s Yuletide Horror update is also introducing new weapons for the in-game store. These weapons include the following:

To top everything off, all of the Zeds in Killing Floor 2 are Christmas themed, as is the tradition for Tripwire Interactive. Aim a few inches below the Santa hat.

Oh, and Gary Busey is the voice of the newest character, Badass Santa. 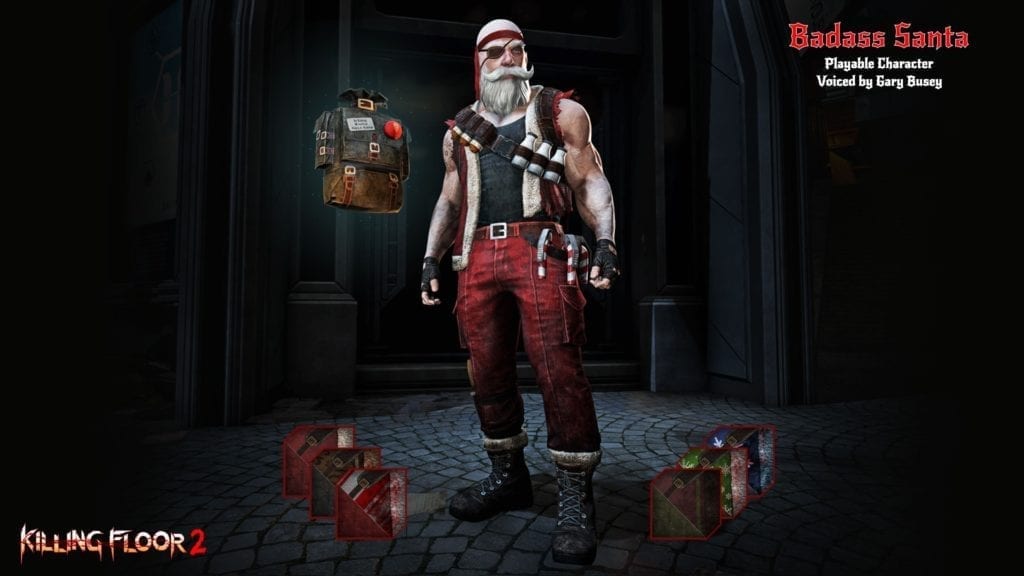