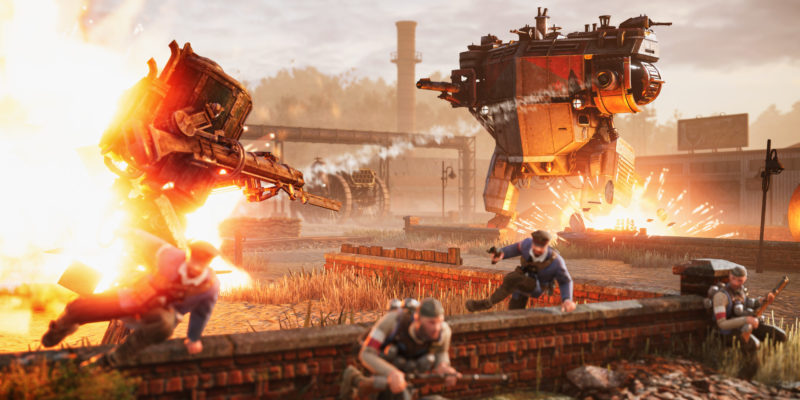 Have you ever thought about alternate timelines? The folks over at King Art do, and with their latest release, Iron Harvest, they allow us to experience how it is like when giant mechs go up against combat bears. The real-time strategy game that brings us back to an alternate 1920s period has just launched a few days ago to mostly favorable reception. However, the studio is definitely not missing a bit. King Art has already revealed the upcoming roadmap for Iron Harvest in September.

Following this initial launch week, we will be getting a new 3v3 map for multiplayer. Even more significant is the addition of co-op functionality for the campaign. Now you can dominate the conflict with a friend in tow. Sharing fun is always a better proposition. The third week will see one more map join the Iron Harvest pool, as the game gets one more 2v2 map. This will come alongside a new glossary, which will give more context to the lore and conflict within Iron Harvest. 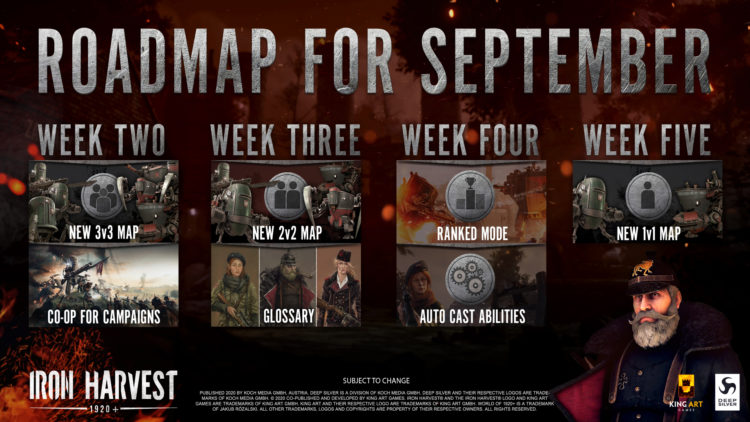 For the more competitive of players, the fourth week will see the arrival of ranked mode. Nothing says you are a better strategist and commander than rubbing it in the face of another human player. In addition, King Art will be making things a little easier to manage with abilities auto-casting. Last, the final week of September will see a new 1v1 map added to the rotation.

A healthy dose of post-launch support straight off the bat, King Art is doing what they can to repay a supportive community. If you are unsure what Iron Harvest is all about, here’s all you need to know. Following the end of the Great War, Europe is still recovering from the brutal conflict. As the rebuilding begins, remains of giant machines that fought the war are being uncovered. Secret forces begin moving to destabilize the region, and you have to stop them. Dieselpunk mechs, an epic single-player, soon-to-be multiplayer campaign, and intense multiplayer battles, it is like real-time strategy never left.