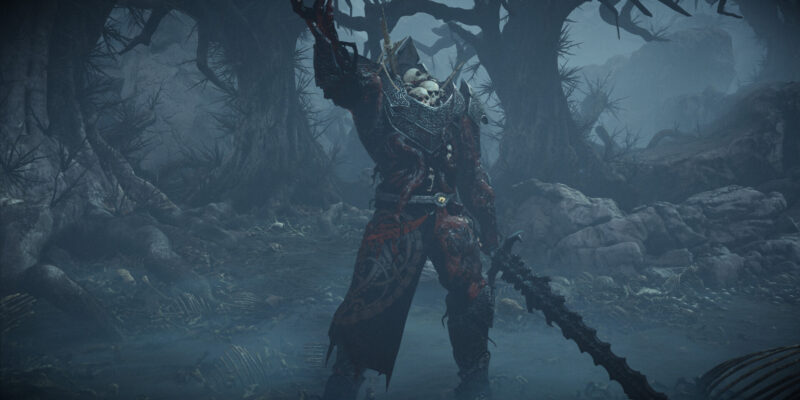 The fine folks over at NeocoreGames can’t help but to keep teasing us. Once scheduled for a February release date, King Arthur: Knights Tale has been delayed once more. Thankfully for those awaiting this dark fantasy RTS, it isn’t a significant amount of time. Instead of releasing on February 15, Knights Tale will emerge from the darkened depths on March 29.

The developer is focusing on sharpening swords during those two weeks. In a press release, NeocoreGames writes that it is “confident that the extra weeks of development and polish will help to deliver the strongest possible version of King Arthur: Knight’s Tale for its fans.” This isn’t the first time the game got pushed, however. A two-week delay was announced for the game nearly an exact year ago. Certainly, another month-ish isn’t all too bad. I suppose it’s the least fans could hope for. It could be worse.

Of course, it’s not like you can’t play it right now. Despite the official launch getting delayed, King Arthur: Knights Tale is still in Early Access on Steam. It currently holds a ‘Mostly Positive’ review, so whatever NeocoreGames has been doing, it’s doing it quite well. The game, as mentioned, is a dark fantasy RTS with roleplaying elements. And though it bears his name, you don’t play as the titular knight king.

Instead, you play as Sir Mordred, who’s been charged by the Lady of the Lake to kill King Arthur. The game twists the legendary tale on its head, with haunting monstrosities and a grimdark theme. After a battle against Mordred, Arthur was slain. Now resurrected and taken the mantle of the “undying mad king,” Mordred must rebuild Camelot and “kill [Arthur] to end this accursed condition.”

Frankly, I like what I see. And it’s clear that many players are already having a good time. Hopefully the delay allows NeocoreGames to deliver the alt-fantasy it and its fans desire when King Arthur: Knights Tale arrives on March 29.