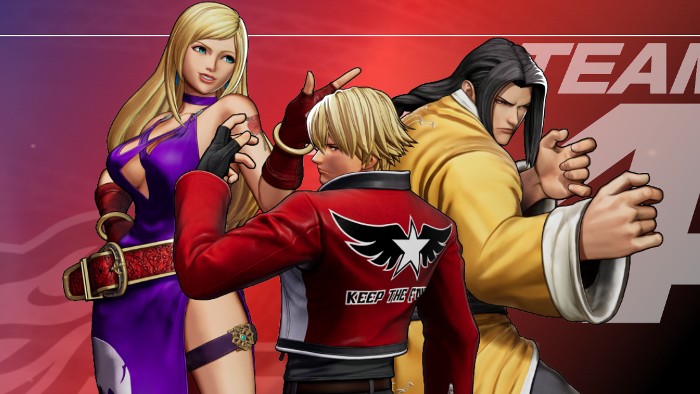 Team Garou represents the first half of the initial Team Pass for The King of Fighters XV, and it consists of Rock Howard, B. Jenet, and Gato. They all made their first playable appearances in 1999’s Garou: Mark of the Wolves, a fighting game that maintains a dedicated following to this day.

Who are these characters?

For those interested in their backstories, Rock Howard serves as the biological son of villain Geese Howard. Despite this, he was raised by Fatal Fury protagonist Terry Bogard, making him the main protagonist of his debut game. Meanwhile, Gato has a “cold and calculated personality,” and he aims to avenge the death of his mother “at the hands of his father.” Finally, B. Jenet leads a group of pirates called the Lillien Knights, and she apparently convinced both Rock and Gato to team up with her for The King of Fighters XV.

Now that this initial collection of DLC characters has joined The King of Fighters XV, fans can look forward to the next batch of fighters, called Team South Town, which arrives in May. This team includes beloved villain Geese Howard, so fans will definitely want to stay tuned for him.

Two-dimensional stealth game Monaco is getting a 3D sequel