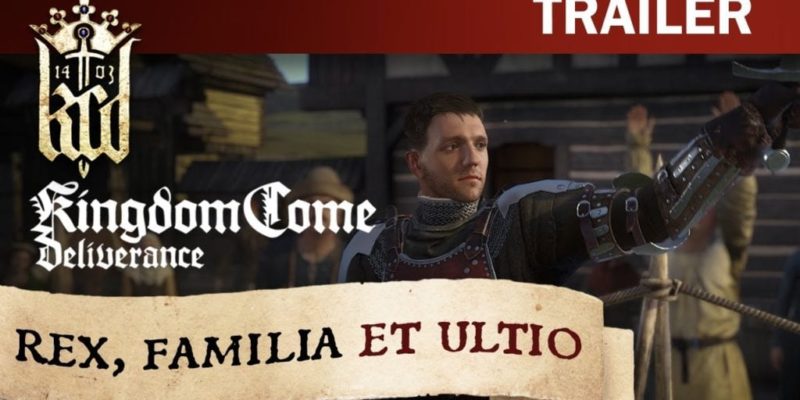 Warhorse Studios have announced a 13 February 2018 release date for their Bohemia-based medieval RPG Kingdom Come: Deliverance. A successful Kickstarter back in 2014, the title will be co-published by Deep Silver and Warhorse themselves.

To accompany the release date news, there’s a new trailer for Kingdom Come: Deliverance broadly covering the story. It mostly focuses on protagonist Henry’s rather unfortunate past, which includes seeing his village burned down by mercenaries at the request of King Sigismund. Henry survives, but is set on a path that leads to revenge and civil war in Bohemia.

Expect non-linear quest solutions, a relatively complex melee system, and an open world with the “genuine look” of medieval Bohemia. Having played an alpha version (albeit at least a year ago), I can confirm that those things were indeed all present. Here’s the trailer.

A BLOODY ADDICTION: THE CHARMS OF FRIDAY THE 13TH: THE GAME