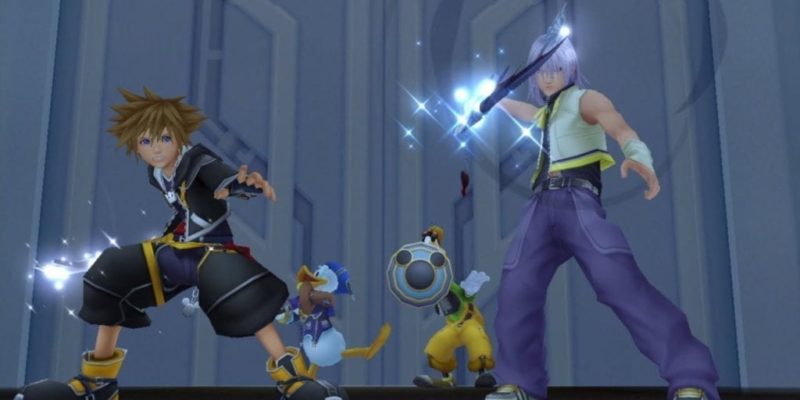 “In anticipation for this year’s E3, SQUARE ENIX, Inc. today released the latest trailer for KINGDOM HEARTS HD 2.5 ReMIX. Together with Donald and Goofy, Sora adventures through different Disney worlds like Halloween Town (The Nightmare Before Christmas), The Land of Dragons (Mulan), Port Royal (Pirates of the Caribbean), Pride Lands (Lion King), Space Paranoids (Tron), and many more to stand up against the Heartless and the evil Organization XIII.  The trailer opens up with memorable scenes from KINGDOM HEARTS HD 1.5 ReMIX, and leads into key highlights, scenarios and gameplay from KINGDOM HEARTS II FINAL MIX, KINGDOM HEARTS Birth by Sleep FINAL MIX and cinematics from KINGDOM HEARTS: Re:coded. All three games are remastered with HD graphics that update and bring these classic titles to life on the PlayStation®3 computer entertainment system.  KINGDOM HEARTS HD 2.5 ReMIX will be available for North America on Tuesday, December 2nd, 2014 for the PlayStation®3 system, and will be priced at $39.99.”