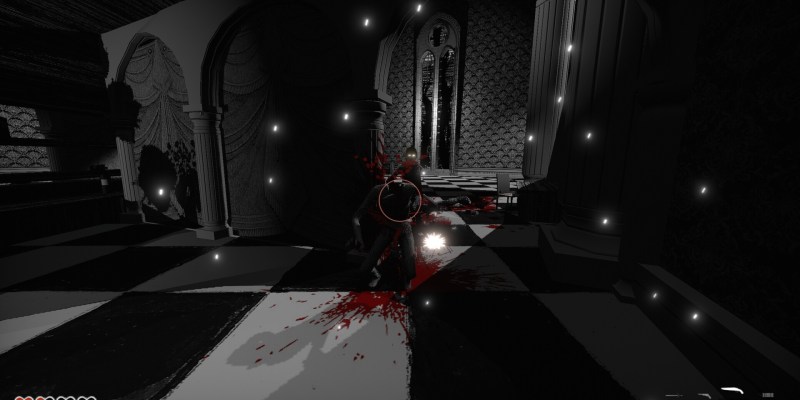 I first got access to Kingdom of the Dead a couple of weeks before it launched. But the controls were so broken that, after informing the devs, I waited for a patch. Even at launch, the controls were still broken, so I wasn’t even able to move enough to get past the first level until post-launch. It turned out the problem was that the keyboard controls didn’t work with a controller plugged in, which is a bug that I’ve never seen before. This alone worried me, but the game currently has a “Very Positive” on Steam at the time of this writing, with 89% of the 57 reviews recommending it. So, is Kingdom of the Dead worth it?

The game starts you off as a detective in an office. You need to approach your desk and pick a case file to then be dispatched to one of the available levels. At first, there are three available to you. Taking inspiration from Goldeneye 007 and Perfect Dark, levels are available in three difficulties, with the second and third containing extra objectives. From what I’ve seen, these boil down to “go to an icon on a map and pick an item up.” Suffice to say, Kingdom of the Dead is nothing like those games.

The visuals are a standout and are, honestly, fairly cool. By default, they’re in black and white, save for certain elements. Textures look like scribblings on notebook paper, giving the game an eerie, noir-ish comic look that grants it a unique flavor. You can also choose between several different visual styles, which change the primary color to red, green, or what have you. The main character is accompanied by a talking sword who also serves as a melee weapon. There’s a lot to catch your attention in Kingdom of the Dead, at the very least. 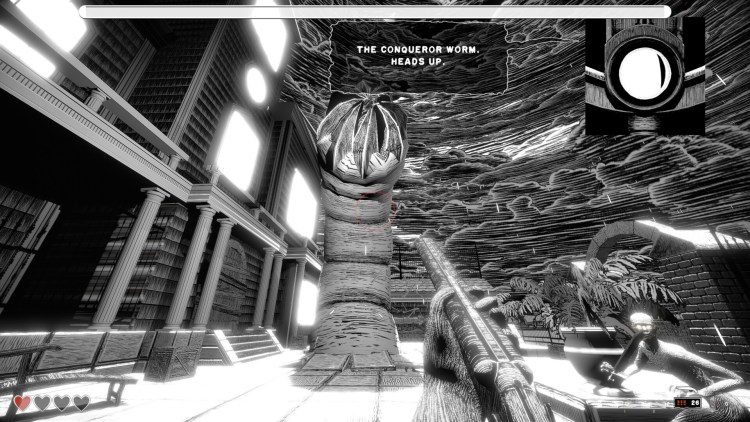 Fear of the jank

I’m surprised by how positive the Steam reviews are, because my experience with the game has been quite poor. Its framerate is often awful, dipping into the 40s randomly, even though this game should not give my rig any trouble. The shooting is also subpar. Your starting weapons are the sword and a pistol. The sword is sluggish, weak, and unreliable as a weapon. And the pistol’s rate of fire is horribly slow, which makes it a pain when lining up the copious headshots needed to keep enemies at bay.

While exploring the levels in Kingdom of the Dead, you’ll come across more weapons. But whether you’ll have ammo is up to chance, as the game might not give you any for certain guns. In the second level, all I found was shotgun ammo. However, I didn’t have a shotgun as the game takes all of your weapons away after each level.

I also occasionally saw enemies go right through level geometry. At one point, I lost over half my health to a couple of gunshots, as an enemy completely clipped into a wall and shot me from inside. He seems to constantly do this, as he was shooting at me from inside the wall every time I did the section.

Eventually, the section in question made me shut the game off, as I simply didn’t have the ammo to survive the subsequent enemy encounters. Oh, and, in case you’re curious, the levels do have checkpoints. If you turn the game off without completing a level, you lose all progress regardless. Kingdom of the Dead is buggy, unpolished, and appears almost unfinished. It’s often so pitch black that it’s hard to see. The gameplay is lacking, and the level design is uninteresting. As such, I strongly don’t feel that it’s worth it, even if the reviewers on Steam seem to feel differently. 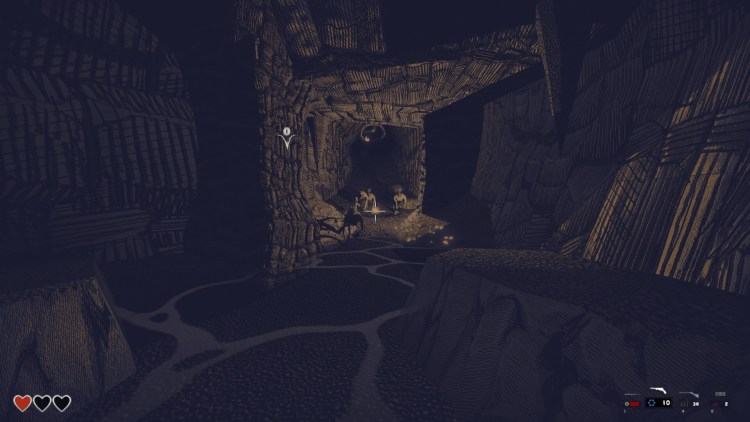 Lost Ark guide: How to get and where to use Currencies, Tokens, and Collectibles