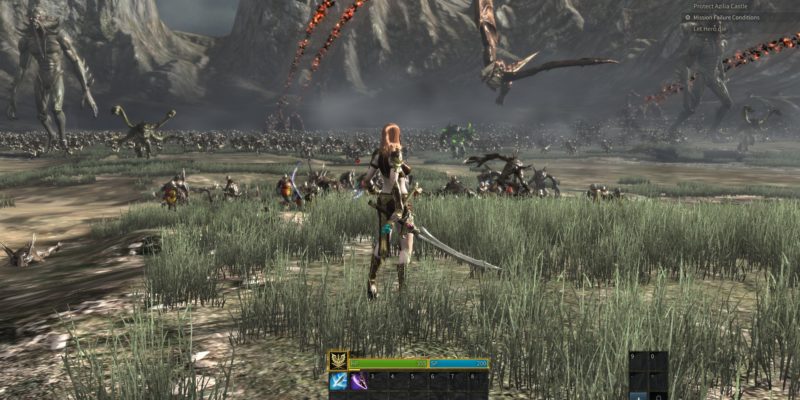 It’s not exactly rare for MMOs to require a purchase or subscription upon release, only to go free-to-play once its userbase dwindles. Slashing the required initial price to nothing is certainly a great way to get players to give a game a fair shake. But  Kingdom Under Fire 2 from publisher Gameforge is the only game I’ve ever heard of that did things the other way around. But it makes a certain kind of sense when you dig into its history.

Kingdom Under Fire 2, which is actually the fifth game in the series, was announced in 2008. In late 2011, a closed beta began in Southeast Asia, which is where the game stayed until 2017. During this period, the game was free and featured a lot of identical content to what we have in the current Western release. But in April 2017, it was shut down completely. Shortly after, the game popped up in Russia but that too was closed down in March of last year.

Recent interviews and press releases repeatedly describe this period as a beta and state that the Western release is the actual release, but that appears to be obfuscation. To put it plainly, the game failed. Kingdom Under Fire 2 is a Korean MMO, and I simply don’t see how a Korean game’s entire Asian run could be considered a beta. The phrase “development hell” has been thrown around, but it just appears to all be optics. 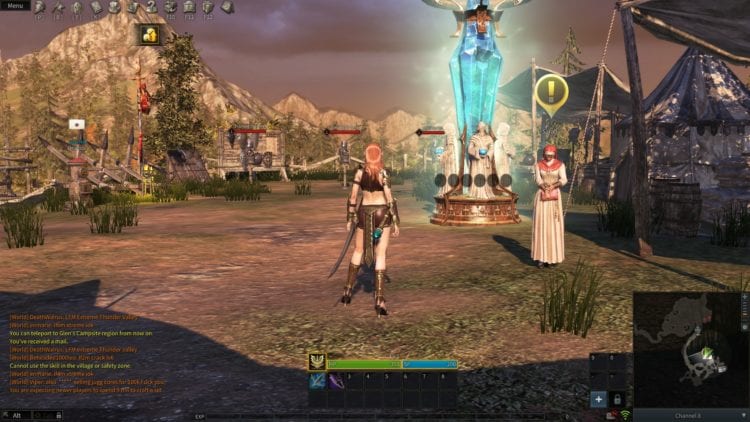 German publisher Gameforge has plucked the game up to give it one last shot. The free version of the game was apparently very grindy, as Korean MMOs generally are. Two forms of in-game currency could be purchased for real money: cubits and diamonds. But Gameforge decided to take it in a different direction. For whatever reason, Kingdom Under Fire 2 just didn’t quite work as a free game. But perhaps it would if it required a single purchase to gain access.

Changing a free-to-play service to a paid one isn’t simple, however. Kingdom Under Fire 2‘s entire structure and economy were framed around it, after all. The game launched in the United States and Europe in November of last year, with many being surprised that a game that seemed to have just completely vanished was now available. There were multiple versions available, with the cheapest being $30 USD. Other versions include standard bundles of in-game items. The most expensive of these is $100.

So, what’s different about the non-free version? One of the obvious changes is that you can no longer buy cubits. The most important things these do is allow you to buy tickets that let you play important missions more and let you resurrect your hero and troops. They can also be used to purchase outfits that are also sold in the diamond shop. However, the diamond shop does still require real money be spent, but everything in it is purely cosmetic. The only things you’d need to spend real cash on are the game’s mounts, which can’t be purchased with cubits at all. 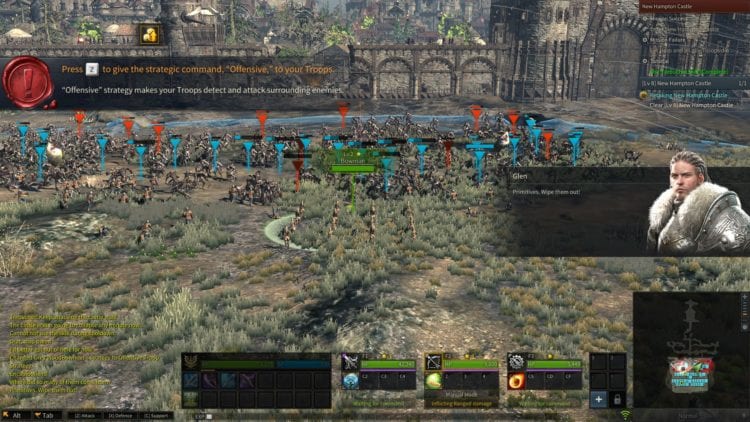 Kingdom Under Fire 2 gives players cubits for completing two sets of daily quests. There are five quests players can do in the game’s main city of Accolade which are identical every day. They take very little time and offer slight rewards. Then there are the five mission quests that take a lot more effort yet have much better rewards. Plus, each mission gives players a certificate. Turn five in to the proper NPC and you’ll get a chest with a random, yet sizable amount of gold within.

But gold has been one of Kingdom Under Fire 2‘s biggest problems since this incarnation launched. As the free game was mostly based around a monumental grind, it was obvious that wasn’t going to work here. But the amount of gold hasn’t been properly adjusted yet. Gold is understandably one of the game’s most important resources. You use it to craft new items, purchase others from the auction house, and repair your equipment. But, most importantly, it’s used to level and rank up your troops.

Having appropriately powerful troops to defend your hero and command in endgame missions is very necessary. But leveling and ranking them up can cost massive amounts of gold. For instance, upgrading a rank 3 purple soldier troupe to rank 4 costs over 1 million gold. And then there’s the fact that you can’t continually use the same troops throughout the game. To do endgame, you’re gonna need purple troops, so anything you’ve pumped into ranking and leveling your lesser ones is meaningless later on. 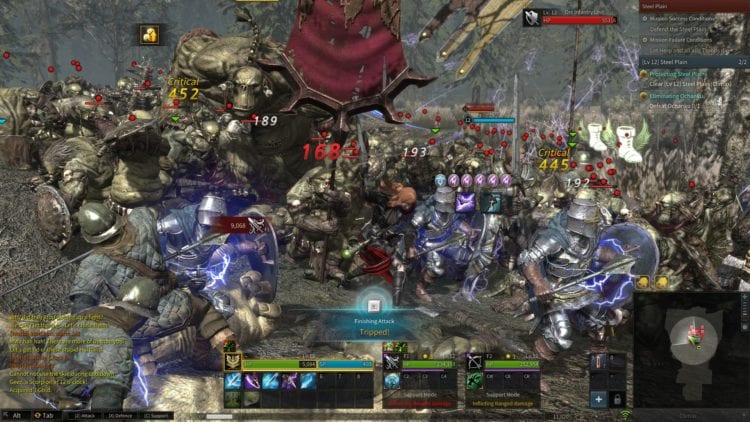 Players are often finding themselves broke without a way to make good money, as the game’s original design wasn’t worked out with a buy-to-play business model in mind. But Gameforge is trying. The most recent update last month greatly increased the amount of gold that players received from daily quests. Unfortunately, it still wasn’t nearly enough and players let the publisher show. Recently, they’ve put in place a 50% gold boost for the foreseeable future. Astoundingly, though, that’s still not enough, and it remains to be seen what will be done to alleviate this.

But that isn’t where the problems with Kingdom Under Fire 2‘s business model switch stop. An MMO needs a healthy player base for the game to be truly enjoyable. As this is an older game in a niche series that people in the West hadn’t heard from in over a decade, that’s proving to be very problematic. There are over 1,200 reviews of the game on its Steam page, so it has demonstrated that it can still generate interest. But the simultaneous player count is often in the low hundreds.

In my early hours with the game, I rarely ran into other players while I was questing. And finding other people to do the game’s Climax Missions without asking in the world or guild chats and hoping someone needs it for a daily mission is borderline impossible. There’s a matchmaking feature but after 40 hours with the game, I was never able to find anyone who happened to be looking to do one of these missions at the same time I was. 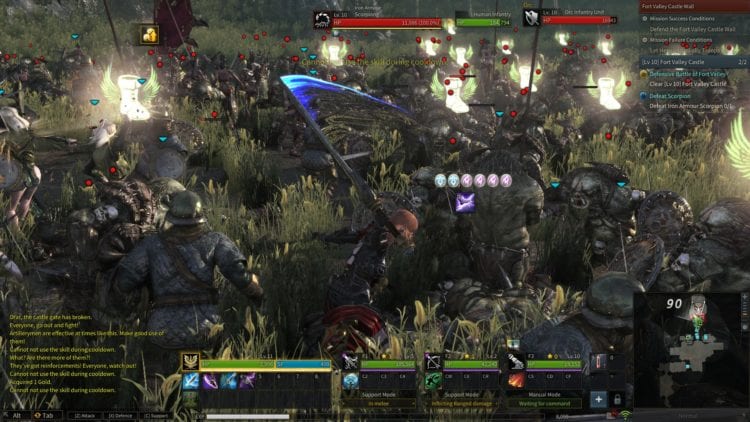 An even larger problem is the endgame raids. These were designed with 16 players in mind, but getting that many players together is far from an easy task. Instead, these raids have been altered to require eight players. The fact that it’s this difficult to find people to play with less than four months into Kingdom Under Fire 2‘s Western launch is ominous. If it’s not able to pull in some more players soon, it’s going to be in real trouble.

It’s also worth mentioning that the game’s loot system also needs some tinkering. As it used to be a grindy, free-to-play MMO, it’s easy to farm for hours without getting what you need. The loot system in Kingdom Under Fire 2 is particularly dated in that capacity. Each mission has a certain number of items that can be acquired. Once the mission is completed, you’re taken to a screen where you can pick one of four cards. The item you get is the one that’s on the card you pick. Many players find this very frustrating, to say the least.

Honestly, I enjoy the game a great deal. It’s probably the best crowd-fighter I’ve ever played and the combat is fluid, entertaining, and satisfying. But more work needs to be done. The last time I played, most players were hit with some severe server issues where my mission completions weren’t being counted. Some quests wouldn’t properly register. I couldn’t dismantle some of my items. Completing certain aspects of a quest wouldn’t count at all. All of my quests seemed to have bugged somewhat, and my general quest window only shows two, while the info on the right of my screen shows that I still have many. 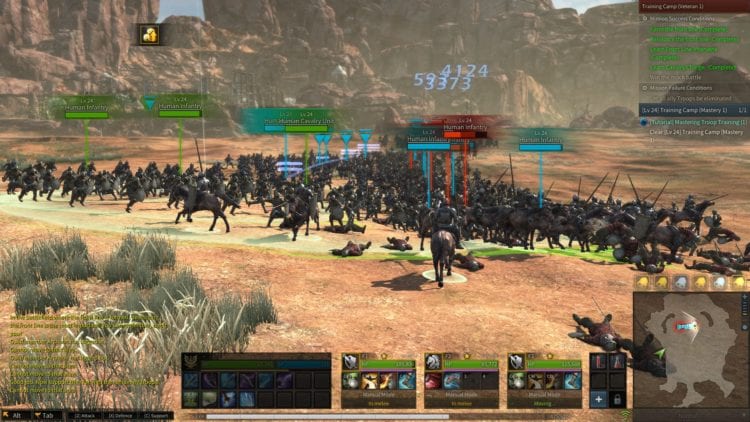 Similarly egregiously, I went to turn in my five mission certificates for my gold chest the other night. I had six on me, but the game insisted I only had four. I reset the quest and it now told me I only had one. I took a look into my inventory only to realize that the certificates I’d spent a few hours working to get had been reduced from six to one. This is also a known issue that hasn’t been fixed.

Hope for the future

Regardless, I’m still eager to get back to it once the server issues are resolved. The good news is that Kingdom Under Fire 2 can be saved. But it’s going to take a lot of effort and some serious advertising. That $30 price tag isn’t going to cut it for many players, either, even if the game still offers a lot of content in a unique package. That being said, I’m not doing a single mission until this certificate nonsense is sorted out. There’s no excuse for that at all.

Kingdom Under Fire 2 is a lot of things and it does many of them very well. But switching from free to paid has very clearly led to a unique set of challenges that threaten to derail it entirely. If Gameforge can get the word out while making sure the current player base stays happy, then I’d love to see this game succeed, as I can see myself dumping a lot of time into it. Here’s to hoping.

The best character names in World of Warcraft history