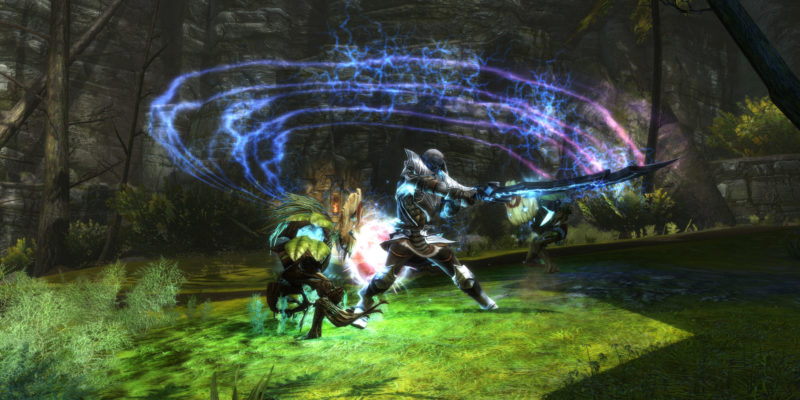 Following a slightly botched announcement, THQ Nordic has confirmed pricing details and the release date for Kingdoms of Amalur: Re-Reckoning. The game is set to launch on September 8 on PC, PlayStation 4, and Xbox One. Pre-orders are now live, at least on Amazon. There, confusingly, the launch date is still listed as August 18.

THQ Nordic rushed to announce the game following a leak on the Microsoft Store last month. Microsoft never took down the listing, instead choosing to wait for THQ Nordic to make an official announcement. The game boasts “improved graphical fidelity” and all of the previously released DLC. However, we don’t know if that’s the full extent of what the finished product will include.

THQ Nordic is giving the game a new life, though, and cheaply, at that. The base version is only $39.99. Today, THQ Nordic also announced the Fate and Collector’s editions. The former is $54.99 and will include the upcoming Fatesworn expansion (more on that in a moment). Meanwhile, the latter costs $109.99 and includes an 8.2″ statue, an Amalur keychain, a physical soundtrack, and the full game. You can watch the announcement trailer for that version below.

THQ Nordic also announced a new piece of DLC for the game, titled Fatesworn. The new expansion won’t release with the game. It doesn’t have a firm launch date yet, though THQ says it will arrive sometime in 2021. We know very little about the expansion, other than the fact that THQ is referring to it as an “expansion” and not as DLC.

Presumably, this will be on the scale of the original game’s two expansions, Legend of Dead Kel and Teeth of Naros. Fatesworn is the first expansion since 2012, so hopefully, it will include a lot of content. At the very least, it should match the other two expansions, which had around six to eight hours of gameplay each.