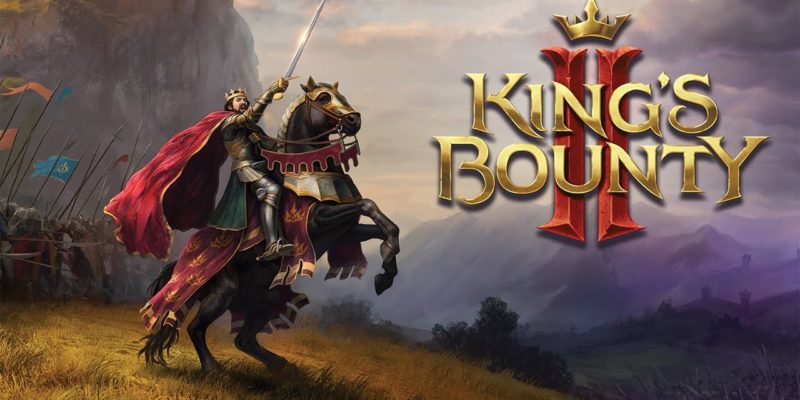 Today, 1C Entertainment announced the return of their turn-based tactical RPG in the form of King’s Bounty 2. The studio also released a reveal trailer, and preorders are currently available at the game’s official website. Each of the three game editions offer a variety of preorder bonuses. At launch, the game will be available on Steam, GOG, PlayStation 4, and Xbox One. No official release date is announced, but the studio’s window is sometime in 2020.

The base edition, called the Knight’s Edition, retails at $59.99 and comes with a digital artbook and digital soundtrack. The other two additions come with the same bonuses, plus a variety of in-game content.

Players will choose one of three characters. From there, the plot of your chosen character unfolds as you explore this non-linear world. In classic RPG fashion, the player’s choices affect the outcome of the game. In this case, however, the story doesn’t simply unfold via a dialogue tree. The player’s actions will also affect the outcome of the story. In following with the trend of your character’s changing storyline, King’s Bounty 2 has different character alignments, such as strength, art, order, and anarchy. Depending on your alignment, NPCs will react differently to you, and the world around you will shift entirely.

Much like its predecessor, King’s Bounty 2 features tactical combat. This time, however, the landscape will have an effect on battles. Instead of battling on flat land, the landscape will present challenges and obstacles. Anything from rivers and ravines to wagons and hillsides will be present in battle. Players will have to consider obstacles and dangers while giving themselves the best tactical advantage on the battlefield.

Players can also expect surprises mid-battle. Unexpected combat events may occur, forcing the player to reevaluate his or her strategy. Finally, players will build up squads, ranging from humans to dwarves and elves. The members of the squad will fight side by side throughout the game, developing relationships with one another throughout.

Will you take up the sword on this tactical battlefield in 2020? Let us know in the comments below.

Galactic Civilizations III is having a free weekend on Steam