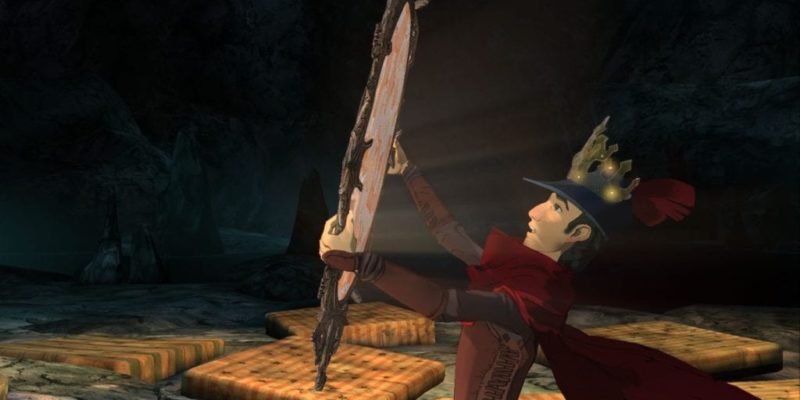 Sierra’s revival of the King’s Quest series begins today with the release of Chapter 1 “A Knight To Remember,” and the inevitable launch of various purchasing options.

Let’s go into those because they’re slightly unusual, even for an episodic game. [Edit] Sorry if you read this story earlier and got incorrect information, the choices baffled me into incompetence.

Your choices are: the King’s Quest Complete Collection (all five chapters plus a bonus epilogue thing for $40,) OR Episode 1 for $10 and the King’s Quest Season Pass (the other four episodes, but no epilogue, for $30.) I guess you could just buy Episode 1 on its own as well, as a $10 sampler, if you fancied.

So basically if you want all five episodes of King’s Quest it’s going to cost $40 no matter what. I think. Unless I’ve got this wrong again.

Chapter 1 has an attendant launch trailer (below,) which adopts a slightly different tone from the standard videogame fare. Activision have instead gone for a sort of ‘straight to DVD Disney movie’ effect, complete with friendly American voice-over insisting that this game is “fun for all the family!”

Not too sure what to make of that decision, honestly.

The cast is looking decent though, with Christopher Lloyd playing the older version of protagonist King Graham, plus Tom “Ice King” Kenny and Zelda Williams (last heard in Korra, I think) in supporting roles.

By the looks of things, the main story will be framed by Lloyd’s King Graham recounting his youthful adventures to granddaughter, Gwendolyn.