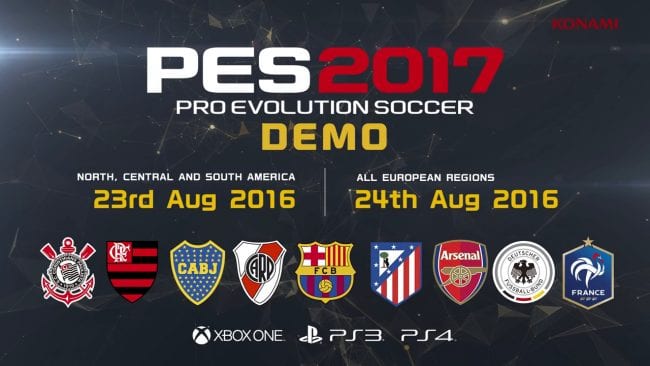 Konami has announced the release date for the PES 2017 demo but PC gamers won’t be taking part. By all accounts Konami will be releasing another shoddy version of PES for the PC which makes you wonder why they even bother at all.

The PES 2017 demo will be coming to consoles on 23/24 August but Konami has masterfully avoided addressing the issue of a PC demo again this year.

With no PC demo on offer, we advise all footy fans with a PC to avoid this year’s PES until we can actually go hands-on with it which will probably be when it’s released.

The Gamescom trailer has also been released today but it won’t look this good on PC.

By Mike Straw22 mins ago
Hardware