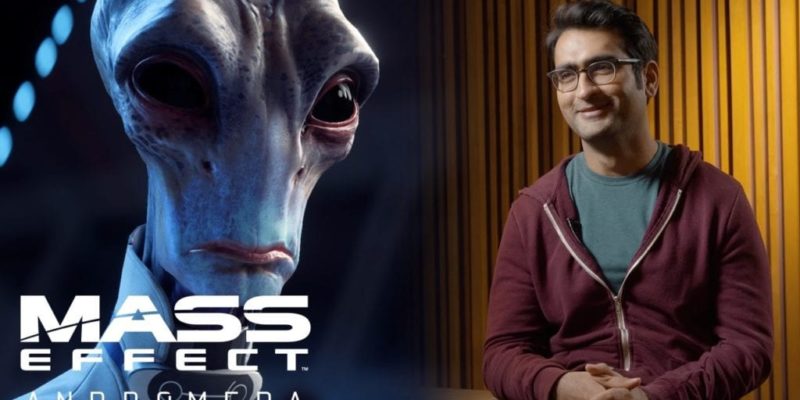 Actor and Harmontown regular Kumail Nanjiani will be appearing in Mass Effect: Andromeda as a wily Salarian politician (or, as one trailer has it, a ‘space frog’). You’ve got two videos to choose from here; one in which Nanjiani talks a bit about the character and his love for Mass Effect, or the skit where he learns he’s voicing an intergalactic lizard.

Jarun Tann (for that is the character’s name) is said to “mean well” but also be somewhat power hungry and in over his head. According to Nanjiani, this installment of Mass Effect is a little more morally grey than prior games (which tended to offer more binary good or bad options).

Mass Effect: Andromeda will be out for the PC on 21 March.