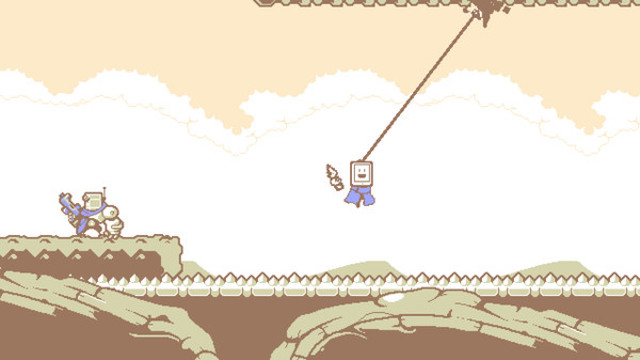 If it’s a retro hack-and-slash-inspired title you’re looking for, let’s introduce you to a cute (yet deadly) little guy named Kunai. Today, The Arcade Crew, alongside the developers at TurtleBlaze, announced Kunai, an action adventure set to debut on February 6. The trailer below gives you an idea of what the game is about, putting you in control of a slash-happy little tablet dude.

Don’t let the smile fool you — Kunai is deadly

After a traumatic event shakes the balance of the world, human life has all but been extinguished. You can thank the evil A.I. Lemonkus for that. As a result of this event, robots have overtaken the land for their own. But there’s one robot that looks to make things right — Tabby, a hero with the soul of an ancient warrior.

The game gives your character a chance to progress as you make your way through the world. This includes increasing your strength and taking out different enemies to unlock new abilities. You can earn weapons and “kick-ass ninja tricks” to balance your character out as well, including a cool grappling hook technique. Take to the skies! Kunai offers a huge, prosperous world to explore, so you’ll need every bit of mobility that you can get.

Kunai’s official Steam page is here. Though preorders haven’t opened just yet, they should soon. And you can always wishlist it in the meantime, so you’ll know just when you can pick it up.

With its charming retro-style presentation and quick, challenging gameplay, Kunai should definitely satisfy those looking for hack-and-slash fun. Oh, and while you’re checking out retro Arcade Crew goodness, we also suggest giving Blazing Chrome a look. This is particularly true if you grew up with the NES and its Contra games. Maybe pair the two games together for a night of merciless goodness.