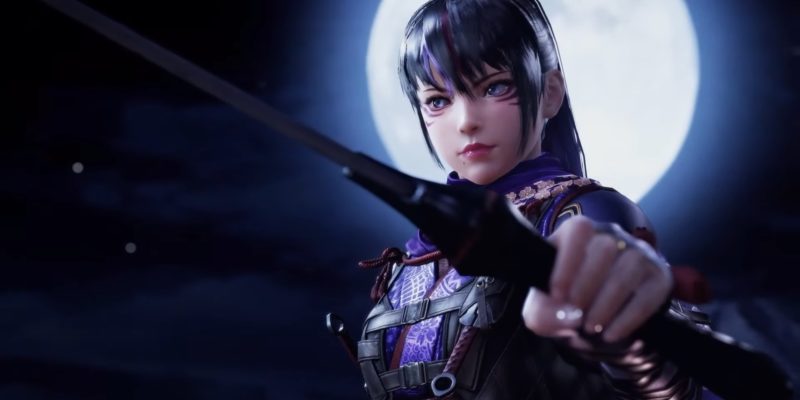 Back during Tokyo Game Show 2020 in September, fans were introduced to Season 4 of Tekken 7. Aside from the new character Kunimistu, other changes will come to the fighting game. All of the fighters in the game will receive new moves. The UI will also be updated to give players a more streamlined interface to enjoy.

For those involved in the competitive scene, there is also going to be a new rank for you to chase. The top Tekken 7 players will be at the rank of Tekken God Omega. A new ranking system named Tekken Prowess will also being implemented. To remind everyone of the upcoming content, a new Tekken 7 Season 4 trailer was released.

If you bought yourself the season pass, you are all set for the new season. Kunimitsu will join the roster and there will be a new stage called the Vermillion Gates. Even more interesting is the addition of a Pac-Man event as part of the new content. If you were hoping for Pac-Man to be a fighter, sadly, that dream will not come true. However, there will be a Pac-Man stage available for a limited time. Season pass owners will also receive some themed cosmetics as thanks for their support.

The bonuses come in the form of a T-shirt, a customization set, and even floating plushies of Pac-Man and the ghosts that will appear behind your fighter. Talk about haunting your enemies as you beat down on them. Of course, you do not need to own the season pass to benefit from Tekken 7 Season 4. In addition to those changes mentioned above, online play will presumably be a better experience. This comes via improvements to response time and the rollback/netcode. An indicator that shows if players are on Wi-Fi will also appear.

You can look forward to all of this in Tekken 7 Season 4 when it launches on November 10. 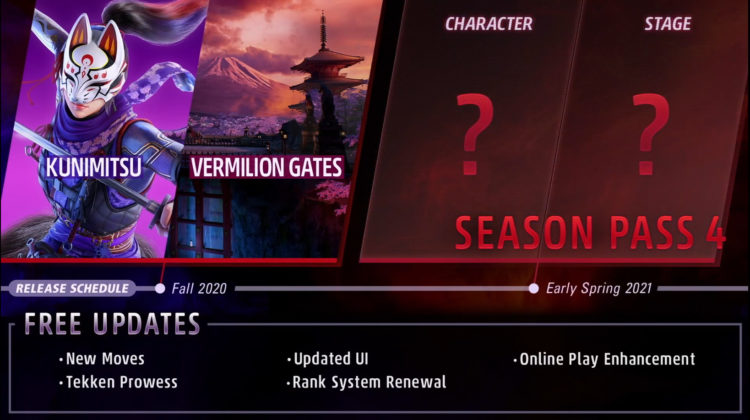