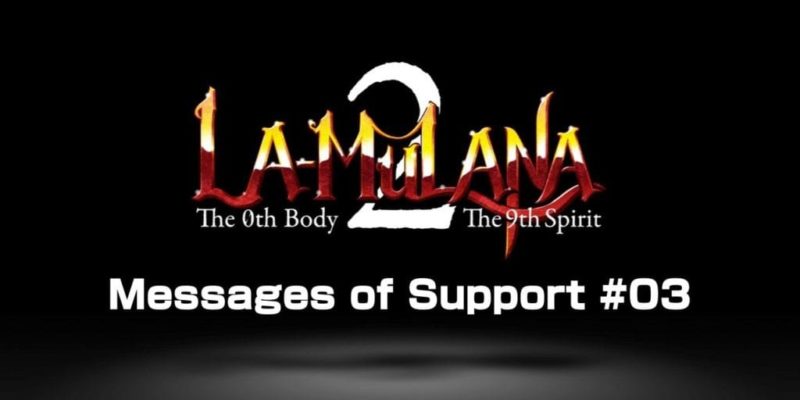 The demo’s out now, so this might be the last time I use this screenshot. Hooray!

A demo of La-Mulana 2 has popped up on Playism. So, yes, you can go play La-Mulana 2 now, and then back the full version if you haven’t already done so.

According to the Kickstarter update, this particular demo is the one that was shown at Tokyo Game Show 2013. If you – like so many others – heard about the demo and felt a crushing sense of disappointment that you missed it, then rejoice: you can now go and download it, and it’s only 25MB. Despite this, it looks like it’s fairly sizeable; if the enclosed manual gives any indication, it’s basically a complete dungeon area.

While you wait the 15 seconds it’ll take to download that, you can also have a look at another video of support offered by other developers for La-Mulana 2. This one includes words from people at Creative Intelligence Arts, Team Monken, Studio Pixel, Onion Games, and… NIGORO. Despite the fact that NIGORO are the ones developing La-Mulana 2. Still, I suppose it’s better than them thinking it’s a rubbish idea for a game.