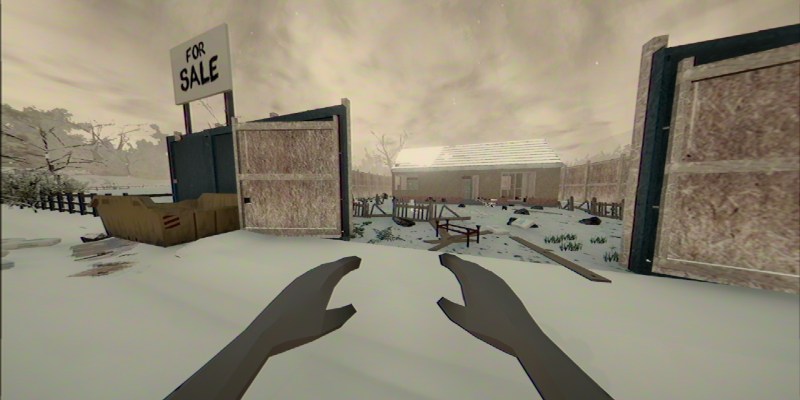 Over the last several years, simulator games have offered a great variety of menial tasks for users to perform. House Flipper gave players the ability to renovate and sell houses and did very well for itself, so it’s clear that there’s a market for building maintenance simulations. Which is where Landlord’s Super comes into the picture.

But it isn’t just any building maintenance game. Developed by Jalopy developer Minskworks and entering Steam Early Access this week, Landlord’s Super offers a unique, oddly compelling gameplay experience with a lot to offer. Or, at least it would if the game didn’t make it so difficult to accomplish certain tasks as of now. However, I’m confident that it’ll become something special a bit down the road.

Tales from the trailer

Landlord’s Super takes place on the outskirts of a small English town circa 1983. The player character lives in a trailer parked outside a run-down property that was bequeathed to him by a relative. On top of that, he’s taken a 5,000 pound loan that he can’t currently pay back, and the interest on it is insane. It’s up to him to fix the property up as best he can and make some cash before he ends up so deep in debt that he’ll never dig himself out. 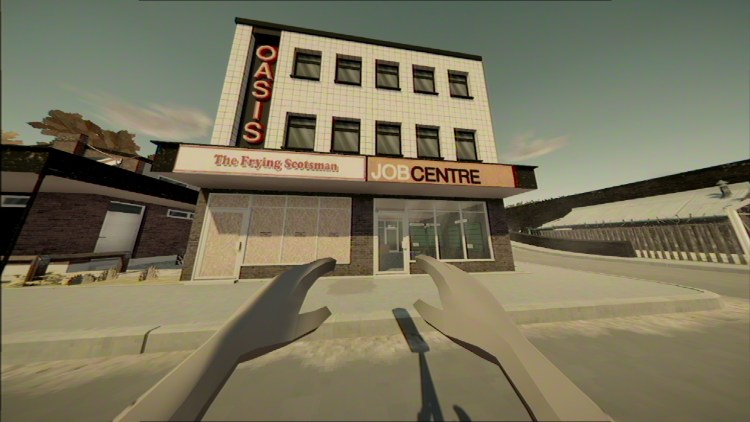 As if all of that weren’t enough to create a unique setup, the game’s aesthetics and sense of place and time thoroughly make Landlord’s Super stand out. The game has a uniquely weird, lo-fi vibe going on with a muted color palette, blocky and low-resolution character models, and rough, dated textures. It all adds up to a charming, yet grimy experience. It’s almost as if someone smashed together Harvest Moon and Postal and doused it in a version of Hotline Miami that’s been drunk for hours on the floor of an old English pub.

The game is about renovating the property. It’s in unlivable condition with holes in the walls and missing doors. Your character gets a job cleaning dishes and glasses at the local pub and can use the money he makes to purchase tools and items. Or you can search the world around you and just steal everything that isn’t bolted down with impunity. Helping a local thief steal from a house he broke into will cause him to reward you with a wheelbarrow that you can roll into town to place your purchased and/or stolen goods into.

Your first main order of business is to fix the missing chunk of foundation in the front part of the house. You need stakes to hit into the ground, a wooden plank to secure the stakes, a hammer to nail that down, and concrete to repair the foundation. Oh, yeah, you have to make your concrete. You need to buy a machine that you pour bags of concrete and sand into along with water and then mix the ingredients and pour it. You can even have all of these items (save for the machine) delivered straight to your house! Or you can steal damn near everything. 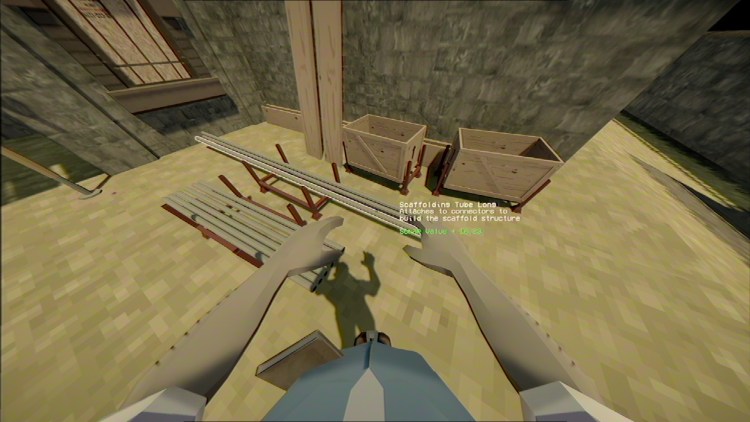 Once your concrete dries, then you’re supposed to fill in the missing bricks that should be lining the underside of the house. Just like with the other stuff, you can have that delivered or just take bricks from a parking lot. But you’ll also need to buy a trowel, make mortar, and then put it down before even placing the bricks. All of this is handled with a great deal of specificity. Landlord’s Super isn’t the kind of game like My Time at Portia where you just walk up to a bench and add items; you have to do everything yourself. And I’m all for it.

However, it’d be much better if the mechanics worked all the time. I hit my first major wall when I went to lay the foundation. Landlord’s Super gives you most of its instructions via a manual included in your notebook. You don’t access this through a menu or anything either. It’s just on your person. You look down and grab it. That’s also how tools such as the hammer and trowel work. It reminds me of that Alone in the Dark game but without all the terrible bits.

The thing is, the manual doesn’t exactly give you all the information you need. The stakes you need to lay your foundation? They need to be placed in a specific way. You grab a single stake and it gives you four that you have to place in corners. Only, I have no idea how to place them. You can change their direction and you’ll need to aim them a certain way to place all four, and I just had to keep clicking and hoping until it happened to work. Similarly, you need to hammer a plank to the front, which is supposed to make a grid. Only, it didn’t make a grid most of the time. Once again, I had to try multiple times until it just somehow started working. 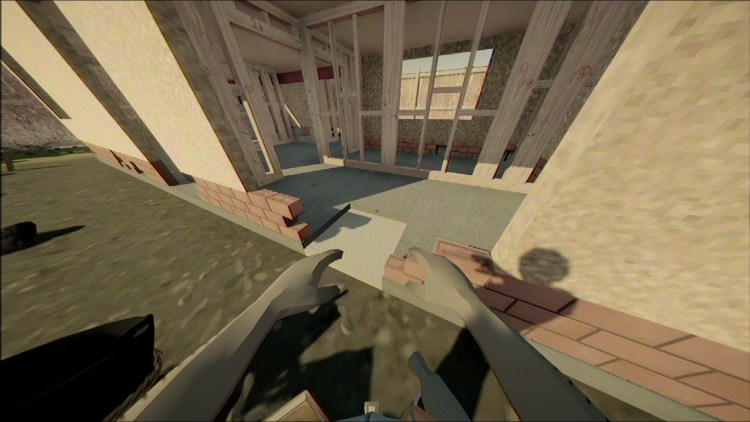 Which brings me to laying bricks. Dear lord is it finicky. You need to apply the mortar onto a surface and then lay the brick on top. You can choose from several lengths of mortar to put down as you’ll need to lay bricks horizontally, vertically, and often in halves. I spent an hour and a half carefully filling in missing bricks until I was down to just two halves. Only, I couldn’t put mortar down in the last two places. Landlord’s Super just refused to let me. So I didn’t even get to see the next task, even though I had the brick halves and mortar ready to go. Getting things lined up, regardless of what it is, just doesn’t work correctly some of the time.

In need of serious polish

I like Landlord’s Super a lot — when it works. Running a wheelbarrow down the road as fast as you can because it’s dark, only to shower frantically and then go to sleep at night is surreal for a game. The building mechanics are very well-thought out and interesting too. But some of the specific mechanics are so unreliable, and the game appears to have no safeguards to protect these things from going wrong right now.

That being said, I’m fairly sure these kinks will get worked out. It’s only just now entering Early Access after all, and it’s clear a ton of passion and effort was poured into this weird game. I’m looking forward to seeing how it plays when the mechanics don’t fail me every time I try to do anything complicated. I just hope it won’t be too long. 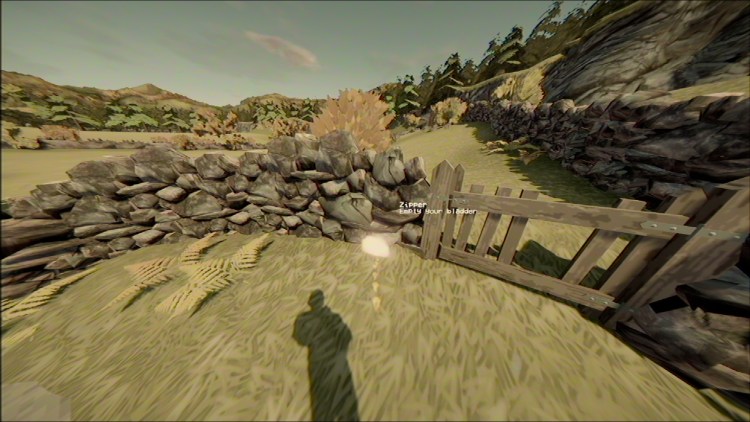 Viking-themed Assassin’s Creed is being teased live, may be called Valhalla [Updated with reveal date]

By Martynas Klimas12 hours ago
Previews