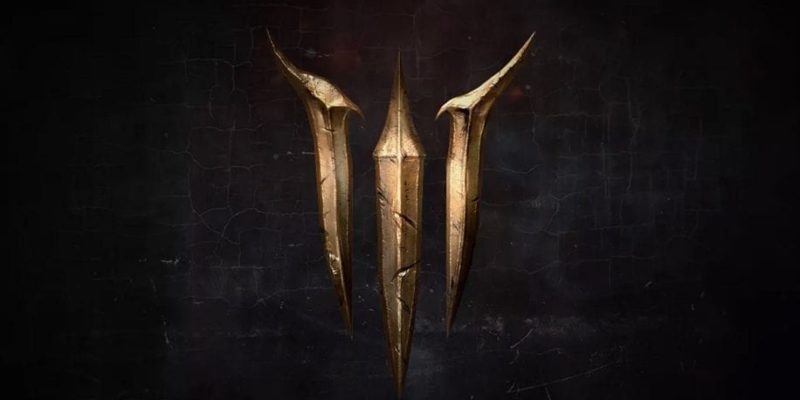 Larian Studios is teasing something right now over on their website. When you arrive at the homepage, the site greets you with a stylized Roman Numeral for the number three, just like in the image above. Clearly, Larian means for this to tease the third entry in something. But what could that be? Well, there’s reason to suspect it might be Baldur’s Gate III.

Twitter user @kunkken dug into the backend of the website to see if he could find any more information about the tease, and it looks like he’s uncovered the motherload. The source code of the website reveals a link to a video, simply titled ‘three.mp4.’ This is a 30-second video version of the .gif that plays when you first land on Larian’s homepage. @kunkken detailed his method for searching further into the code of the video itself, and revealed several parts of it directly reference Baldur’s Gate III, Wizards of the Coast, and Dungeons and Dragons. 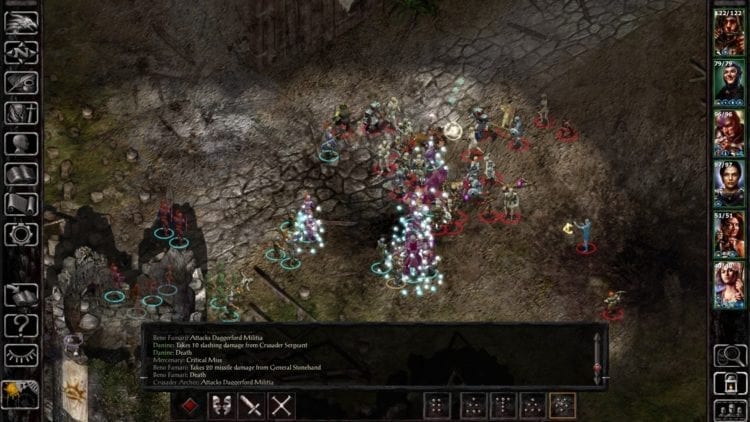 I followed his steps myself and found these references were very plentiful in the code (thank you CNTL+F). There were also a few lines that read “GATHER YOUR PARTY,” a reference to dialog in previous Baldur’s Gate games. They might even be a nod to possible multiplayer element in the unannounced game (perhaps similar to what Larian has done in Divinity: Original Sin 2). This information seems to confirm the rumor that Larian Studios is developing something in the Baldur’s Gate universe after acquiring the license for the series.

Further examination of the code doesn’t seem to reveal any more juicy details. There are no references to Baldur’s Gate‘s original developer Beamdog, nor its publisher Atari in the source. As such, it looks most likely that Larian received the go-ahead on spearheading development. The code also does not indicate when a change to the website will take place to make the official reveal.

With the biggest event in gaming practically here, we likely won’t hear more news of this project until E3. For now, we are just going to have to wait to find out!

Ghostbusters: The Video Game is getting remastered, and going to the Epic Store