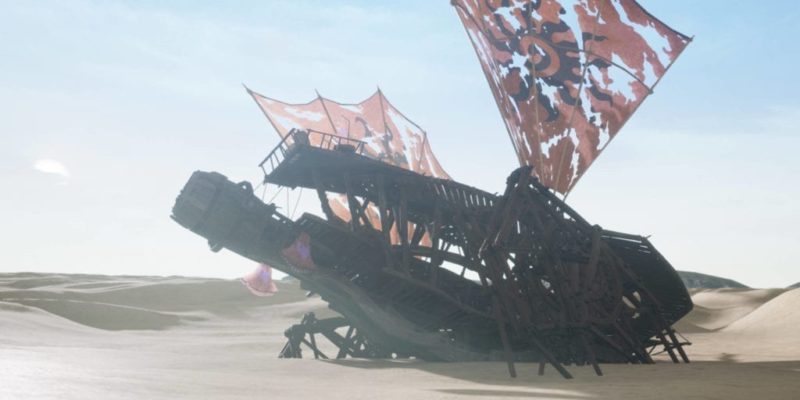 Last Oasis is an MMO in development that’s all about being nomads traveling on huge walking ships and fighting on those same ships. Developer Donkey Crew answered a load of questions about the game in a recent Reddit AMA.

Last Oasis might be a post-apocalyptic MMO set in the far future, but it won’t be launching as an Epic exclusive. As team member chadz wrote, Steam is important due to the huge player base, which is very important for an MMO, and this factor outweighs the hefty cut that Valve takes. Chadz also had a lot of nice things to say about Epic:

“But Shoutout to Epic here: Despite not going Epic exclusive, Epic has been pretty cool with us regardless. They have been really supportive, they invited us to GDC which was a big thing for us, they help us out with technical questions and all the people I’ve met from Epic were gamers who really cared about games and were nothing but awesome. We’re not at all being treated differently for not going exclusive and I think that’s something worth saying.”

The oases of Last Oasis

Last Oasis will feature a dynamically scaling map and the developers care a lot about the players having a solid game experience, so the number of oases – the livable spots in the desert – will change depending on the number of players.

Instead of endlessly respawning resources that lead to camping in survival games, Last Oasis will have new maps with fresh new nodes. Special expedition maps – only available for a few hours before the sun burns them off the ground – will also be available. At the same, different oases will have different resources, encouraging free trader characters to travel along, buying low and selling high.

This will tie into the clan system of Last Oasis. Instead of levying a tax from smaller clans and entities harvesting resources in their zone, the clans will get a bonus for such industrial activity. “We want to balance it in a way that the large clans actually care for the smaller ones in their territory, and protect them from pirates,” wrote chadz.

Pirates? Those will probably be some of the NPCs in the game. It is unknown what the developers are planning for NPC bosses – chadz only wrote that they’re “working on something exciting” – NPC towns will eventually appear in Last Oasis… in the form of Flotilla, a giant walking city. 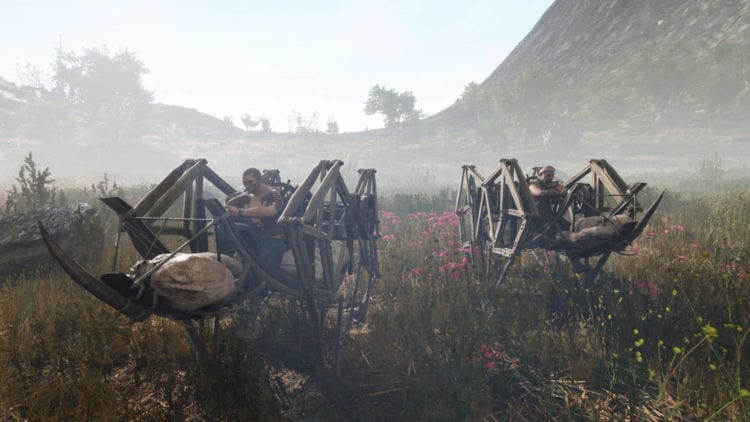 The walker game that isn’t Battletech

Your walkers will be super important in Last Oasis. They will have their own specializations – like transport or recon – and players characters will be able to train in their operation. At the same time, the bigger walkers will benefit from increased deck space, as that is where put all the important and exciting stuff (like gun turrets).

Talking about the visual design and polish of the walkers, chadz wrote that “when you design a Walker you can’t plan for every possible future iteration or added functionality, so we decided to keep them relatively simple for now. It’s very probable that they will receive some polish and more features in the future, however! They are core to our game, and deserve all the love we can give them.”

Walkers also involve probably the hardest technical aspect that Last Oasis devs had to deal with: networked dynamic physics. In layman’s terms, the devs wanted them to be “fully physical vehicles that crash properly, fall over properly, get pushed around properly, can be dragged with harpoons, react to hits, etc.” 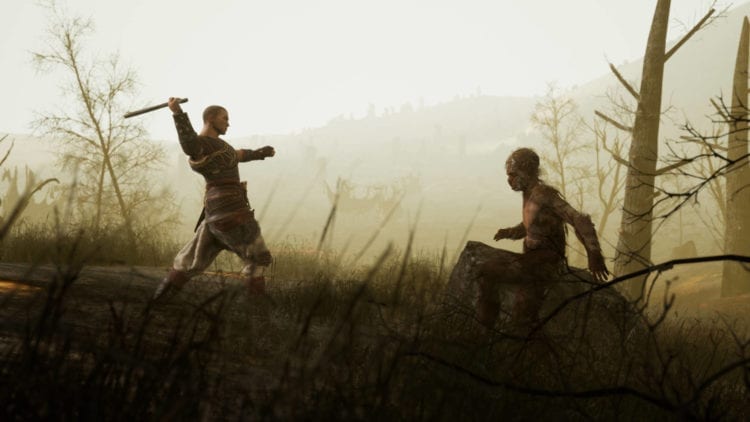 The boarding battles in Last Oasis will involve a lot of directional attacking and blocking as the devs banded together while creating a mod for Mount & Blade: Warband as well as being inspired by For Honor and Mordhau. In their opinion, melee is the best way to pursue boarding maneuvers. There will be some security to player’s items on death, but you can expect to lose some in loot.

However, you won’t have to be afraid about your base being raided while you’re offline. In Last Oasis, you’ll be able to pack it into a walker and then safely log-off in the no-mans land. This was inspired by things that the developers found irritating in games like Arc: Survival Evolved:

“So when we started working on Last Oasis, we had a list of things that pissed us off when playing other games, and we brainstormed how to solve them. For example, we wanted to get rid of offline base raiding, and instead make sure that battles are actually fought when both sides are online. And we wanted to allow players to have an intense experience, but then log off and take all their belongings with them safely, for however long you feel you need to take a break.”

For more information about Last Oasis, you can read the AMA here. The game is currently in closed beta and will reach Steam Early Access on September 3.