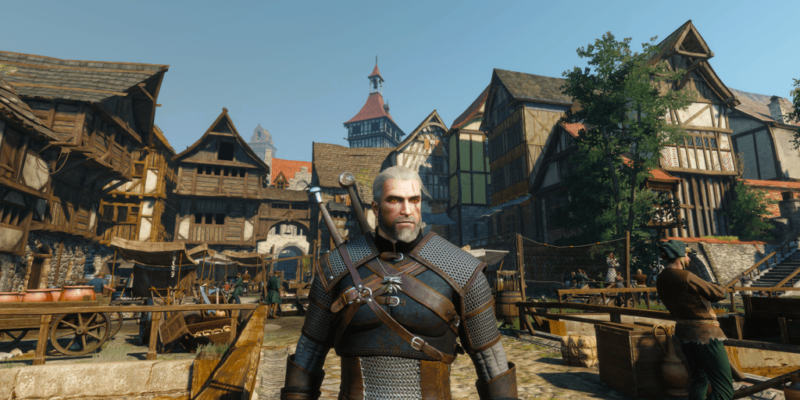 Geralt is already pretty handy with a sword; he can slice somebody in two faster than you can say “hold up, why is still so awkward to apply blade oils in this game”? But this new (and free) Witcher 3 DLC reportedly gives him some even fancier moves.

The fifteenth freebie DLC release from CD Projekt Red adds “a pack of all-new combat finishers” with which to flamboyantly dispose of despotic demons. Or mangy monsters. Or whatever.

If you’ve not installed any of the free DLCs for The Witcher 3 before, GOG’s announcement provides the easiest method of doing so through both GOG Galaxy and the GOG site itself.

“A) If you’re using GOG Galaxy:

–Select The Witcher 3: Wild Hunt from the sidebar to open its game page.
–Click on the drop-down labeled “More”, (located next to the PLAY button) and choose “Configure”.
–The Configure page will feature all available DLCs listed towards the bottom.
–Select each DLC that you want to install, and GOG Galaxy will do the rest. If you want to remove the DLC from your game, simply uncheck the selection box.

You can download installers for each DLC pack manually. Simply head to the Library section of My Account, locate The Witcher 3: Wild Hunt, and download the files you want. Afterwards, run each one as if you were installing a game or patch.”
You’ll also need to have signed up for the free Witcher 3 DLC package to begin with, naturally.