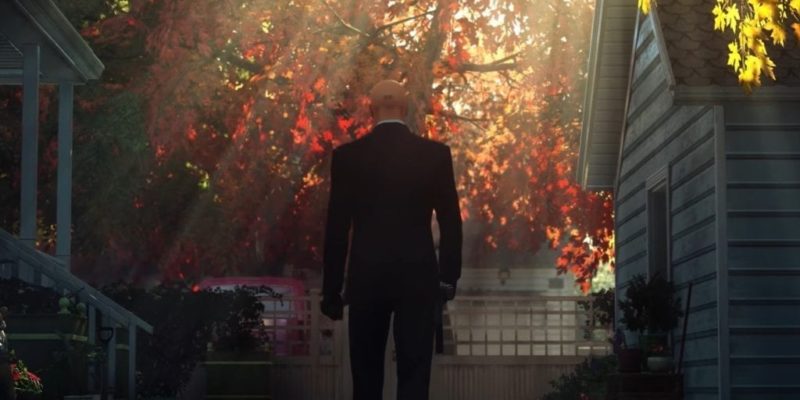 The newest trailer for Hitman 2 is like taking a minute-long international vacation. That is, if you believe vacations usually include people being strung up with piano wire. The locations trailer shows off some of the areas our grumpy super assassin is set to visit, all of which are wildly varied.

Watch as Agent 47 takes a calm, nightly stroll on a beach. It’s calming, truly. I can almost forget that his casual jaunts usually end in some grisly murder or another. Wait, yes, he just killed a few guys with some explosives. I knew it wouldn’t last long.

The Hitman 2 trailer shows off a lot more than a friendly beach murder. We get glimpses of Miami, as well as the misty jungles of Colombia. Other locations include Vermont, Mumbai, Hawke’s Bay, and finally, the “mysterious Isle of Sgáil”. Indeed, our assassin is well traveled. In the past, his shining head was spotted in Paris, Bangkok, and Hokkaido, Japan. Publisher Warner Bros. wrote in a press release that the trailer includes a look at every location in the game. With that in mind, if you don’t want to be spoiled in any way, you might want to close your eyes.

There’s been a lot of Hitman 2 coverage lately. Last week, Sean Bean was revealed to be the games first Elusive Target — a man ironically named The Undying. Knowing Bean’s acting history, we can’t imagine that moniker staying permanent. Before that reveal, we showed off Ghost Mode, which pits two Agent 47s against one another in an online showdown. Also, a sniper competition kicks off on November 13, and the game will include this contest’s winner’s likeness in the final build.

Hitman 2 will be available on PC starting on November 13. For more on the game, check out the official website.

Gwent Launches Out Of Beta With Homecoming Update