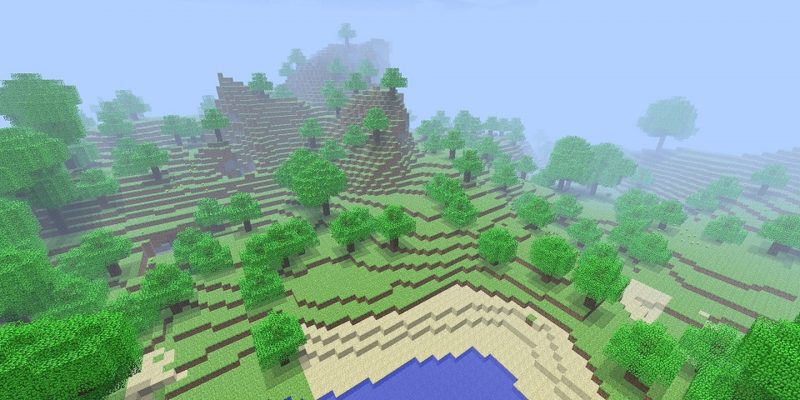 The latest Minecraft snapshot (which is what Minecraft updates are called, apparently) went up today. It includes multiple bug fixes, plus it adds changes to some Caves & Cliffs features. The developer even added some “extra context for the narrator.” I’m not sure what that means, but I’m assuming it gives them more lines or something. Does Minecraft have a narrator? All of the changes are laid out in a post on the official site, which is .net and not .com. I wonder what happened there.

As for the nitty-gritty of what’s been changed there are some standouts. Geodes have had their rarity increased, so I hope you hated seeing those as much. There are changes to the GUI narration (so, not an actual narrator, got it). If you till rooted dirt with a hoe, the rooted dirt will become regular dirt, along with some hanging roots. Also, when Minecraft is played in Peaceful Mode, llamas will no longer spit at players. There’s only a single technical change listed, which adds a tag that lets objects that aren’t on fire appear to be on fire anyway. For when you want the burning sensation without the damage, I guess.

In addition to the above, there are many, many bug fixes. So many that I’m surprised that there could still be this many after all this time. Highlights include fixing incorrectly placed grass, flowers, and snow, invisible barrier blocks, crashes, enemies attacking their own teammates, a new bucket not appearing in Creative Mode upon catching a fish, problems caused by the mere existence of amethyst geodes, rideable mods no longer be affected by freezing, transparency of amethyst blocks, and objects not rendering behind stained glass.

Really, there are so many. Look at the above link if you want to read every last one. I’ve got a non-Minecraft thing to take care of.

The Humble Best of Bandai Namco Bundle is now available