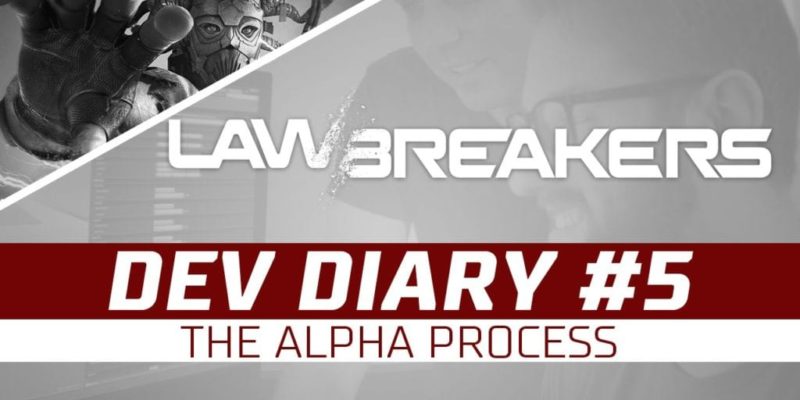 Lawbreakers will be getting an extensive public alpha, according to the PC Gaming Show.

Cliff “Cliffy ‘Dude Huge’ B” Bleszinski took to the PC Gaming Show stage to talk about Boss Key Productions’ forthcoming movement-heavy shooter, Lawbreakers, and explain a little bit about how the game’s alpha is going to work.

First up, there’s a new map on display. That map is Promenade, based around a futuristic Santa Monica. This probably doesn’t mean much to those of you who can’t play it, though.

Good news: you may be able to play it before too long. A public alpha will begin on 18 June, although invites are extremely limited. That’ll be followed by the release of Promenade in July, a new “Turf War” game mode in late July, further invites in early August, and then – sometime after that – an Early Access launch on Steam.

You can see the timeline below, along with a newly-released developer diary talking about the alpha process.

As for what you can expect, Cliffy noted that the game is completely broken and imbalanced right now, and the alpha exists to actually get feedback on the movement, the shooting, and the balance. As he mentioned on the show, movement is just as important as shooting for something like this. 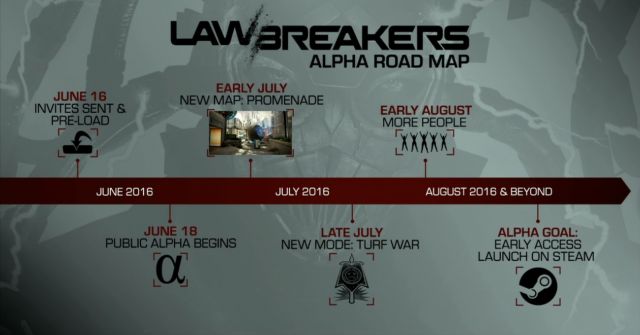