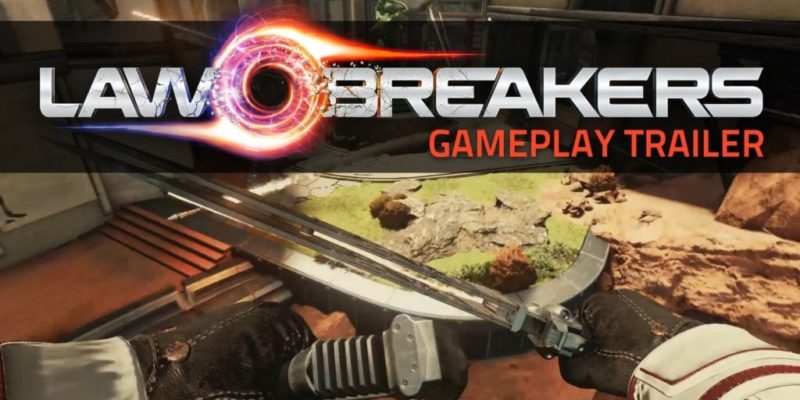 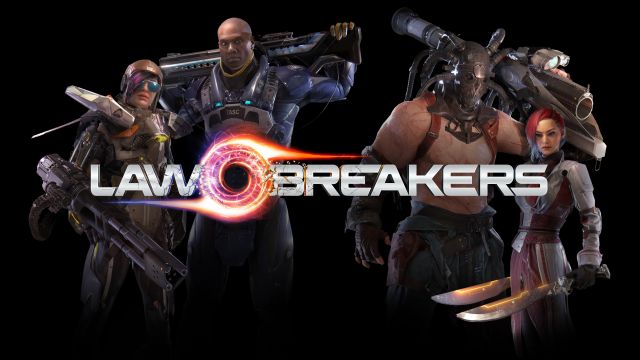 As promised, LawBreakers‘ first gameplay footage has grappled in from above and stabbed us in the eyes. Metaphorically speaking.

This LawBreakers trailer offers just over a minute of footage from the perspective of four of the game’s characters as they battle it out in a floating island above the Grand Canyon. Which characters? Well, I’m glad you asked!

There’s Kitsune, the blade-wielding Assassin who can grapple to prospective targets and then knife them in the back; she’s made of paper, but she’s incredibly fast and can inflict an awful lot of damage. Breacher, the Gunner, is pretty much your standard FPS character: he has a bog-standard aim-down-sights assault rifle (which he can fire over his shoulder to hit enemies chasing him), a pistol, and what appears to be a shoulder-mounted rocket launcher.

Maverick, the Skirmisher, looks more like a plane than a person. This particular character jetpacks around while strafing people with a gatling gun, and can us a Starfall ability to plummet to the ground and inflict huge amounts of damage in an area. Finally, there’s Cronos, the Titan, who rocket-jumps around and hurls ricochet grenades. He’s pretty much the opposite of Kitsune: very durable and very dangerous, but very slow.

I’m usually pretty wary of trailers and the like, but, uh… okay, this actually looks pretty good, and I’d quite like to get my hands on it. It looks a lot more fast-paced and “classic” than a lot of shooters I’ve played lately, and combining that with the verticality and movement… well, I’ve got some hopes for this.

Check out the trailer below. LawBreakers is due out in 2016.