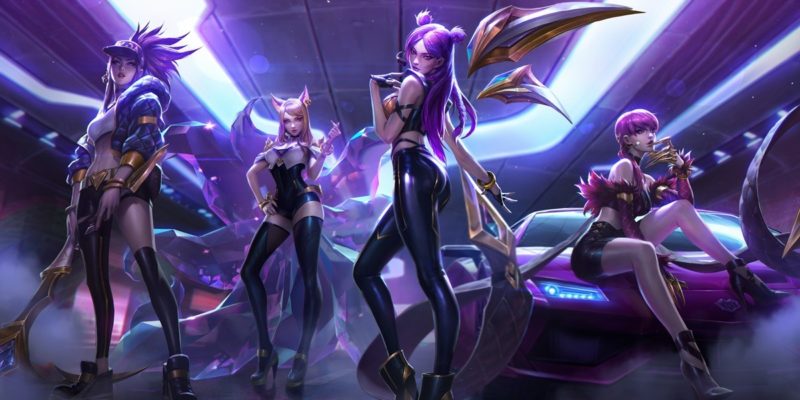 If you are a big fan of Riot Games’ League of Legends, it is likely you have been exposed to the K-Pop goodness of girl group K/DA. That is the fictionalized, yet also real K-Pop group made up of the game’s Ahri, Evelynn, Kai’Sa, and Akali characters. They just so happened to be voiced by real performers Madison Beer, Jaira Burns, and Miyeon and Soyeon of K-pop girl group (G)I-DLE. Back in 2018, the group dropped the awesome single that was Pop/Stars. The bonafide hit had many wanting more. So, K/DA’s follow-up single will finally arrive next week.

The Baddest is set for a YouTube premiere on August 27 at 3 PM ET. The announcement came via a tweet from the official K/DA account. Unsurprisingly, the reception has been nothing but favorable. With over 36,000 retweets and 65,000 likes currently, the follow-up will likely smash the numbers of its predecessor. Despite being something seemingly atypical, Pop/Stars hit the fifth spot on Apple Music’s pop charts when it debuted. It was also number one on the K-Pop charts.

The YouTube video of the song has over 364 million views, and if you add in the live performance numbers at the League of Legends World Championship in 2018, that is another staggering 39 million views for K/DA.

A new K/DA single could mean more than just another hit song. It is likely that we will see some sort of in-game collaboration going on as well. Skins to celebrate the band’s latest offering seem perfectly reasonable. However, nothing else has been revealed just yet. Even if you are not a fan of League of Legends or even K-Pop, it’s hard to deny the popularity of K/DA.

With the previous success of the K/DA venture, you would think that Riot Games would be all-in with producing more content. It’s worth keeping an eye on the group in the future.

By Otto Kratky59 mins ago
News