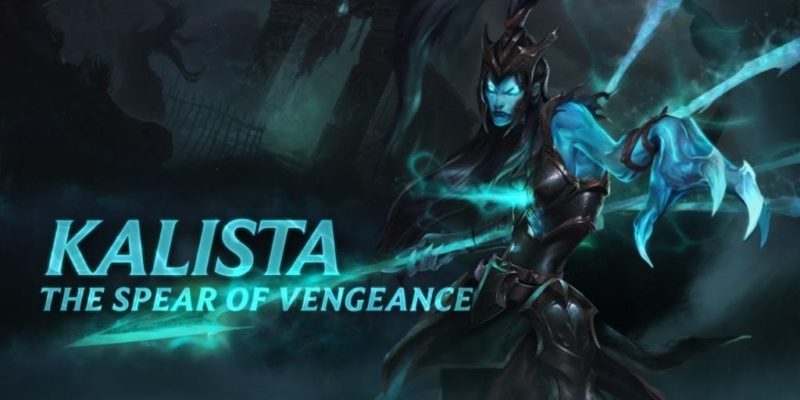 After a maintenance that lasted over 15 hours, Riot Games has rolled out with their first major preseason patch for League of Legends which included a number of big changes in store for Season 5 of the massively popular MOBA.

The theme of the new upcoming season is “Strategic Diversity” where Riot hopes to add new elements to the game that offer “more paths to victory to make in-game decisions matter just as much as the champions you pick”.

A long with changes to items, introduction to new ones and the standard buffs and nerfs to Champions, Riot has rolled out with an overhaul to the Summoner’s Rift jungle, and has even completely redesigned the map with a graphical overhaul.

Kalista, the Spear of Vengeance

League of Legend’s new Champion Kalista is a dynamic new marksman being added to the game who’s skills work in very unique ways that have never been seen before in the game. Kalista’s kit comes with an array of tools that include slows, stacking damage, vision sentinels and a passive and ultimate that allow her to synergize with another teammate.

For an in-depth look at Kalista’s skills you can check out the official League of Legends Kalista Champion Spotlight:

The new Summoner’s Rift is here with a whole new look. The main featured map of League of Legends was given a graphical overhaul with new textures, lighting and art style. Pre-Beta footage of the update was first shown back in June in a short video that showed a completely different world than what players had seen before.

The update to Summoner’s Rift is finally available in the main game for players to enjoy in normal game modes.

The main League of Legends site also offers a promo tour of the map which gives you a close up look at all the new changes.

As with every new season of League of Legends, Riot always tries to revamp the jungle to create a different in-game experience and change the overall meta game to keep the experience fresh.

Changes to Dragon and Baron have been implemented where they offer new rewards to the teams that slay them.

Slaying the Dragon no longer gives global gold to a team but it now offers a stacking power buff (up to 5 stacks) that can very easily control the flow of a game and slaying the strongest neutral monster on the map, Baron Nashor, now offers a more influential and powerful buff to your team that has a more visible effect on the flow of the game.

Every jungle camp has been replaced with new monsters who more or less do the same thing though there is one brand new addition to the map that adds a little more to the game.

The new “Rift Scuttler” is “a new crabby objective that offers a unique reward in the form of vision and a speed shrine for movement through the river.” Basically, this new jungle monster offers vision in front of the Dragon Pit or Baron Pit for 75 seconds upon killing it. These are two of the most contested spots of the map that players are constantly warding and applying vision to.

The red and blue buffs which are core to junglers now offer slightly different bonuses and with an array of new jungling items, there is a whole new strategy involved when it comes to jungling and which jungler you pick.

The core “spirit” jungle items have been removed and now only “Hunter’s Machete” remains which now has four different build paths. Each build path for Hunter’s Machete changes the way the Summoner Spell “Smite” works. Smite is a core and necessary spell to jungle with that only worked on neutral monsters and enemy minions to slay them quickly.

Now the new items change smite to offer a variety of different bonuses that can even assists in taking down enemy champions.

This offers a whole new strategy to jungling and can even help certain champions jungle better at different phases during a game. For example, a jungler with weak early game dueling capabilities can now build into one of the Hunter’s Machete items that allows them to damage other champions using Smite to even the odds against a very powerful early game Champion.

These visual updates will slowly come in as the new season approaches. Some champions have already received their visual updates and there’s plenty more to come.

The main defensive mechanism in League of Legends that protects your base are the Turrets or Towers. Turrets have now received major buffs that make them more difficult to dive and take down. In the past, certain Champions that were especially strong or tanky enough, could easily dive weaker players who were supposed to be safe under their towers.

The buff to Towers completely changes how strongly a team can steam roll another team if they’re ahead because now players have a little more security if they’re behind.

The most “complicated” change as stated by Riot, involves modifications to how stats work, progress and grow throughout a match. The stats gained per level are “marginally higher” and use different formulas to be calculated.

This inherently changes how a lot of Champions scale over time through a game and how much items affect their stats upon purchase.

A change like this often alters the meta of a game and brings out certain Champions as stars among the rest whilst whittling down others to unplayability in some cases.

There are a number of other changes to the game and there are still more to come as the new season approaches. We can expect to see even more changes, tweaks and items as the pre-season progresses into the start of Season 5.

You can check out the official patch notes and take a look at the Patch rundowns Part 1 and Part 2 for a more detailed view on things.