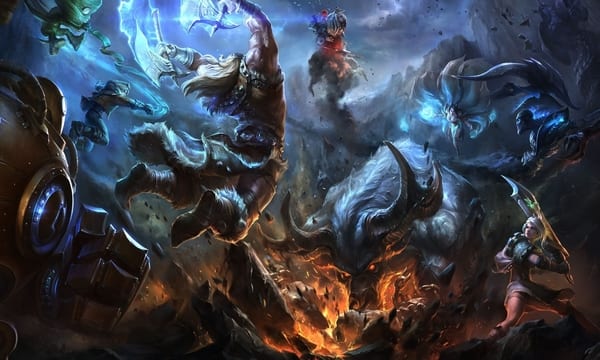 After finding much success with Castlevania and The Witcher (which is based off the books, but come on), Netflix is set to have another game-related title release this year. Arcane, an animated spinoff of Riot’s enduringly popular League of Legends, was announced back in 2019 and set for a 2020 debut. But the you-know-what happened and a lot of plans were held back. However, the show is finally set to emerge this fall. What are another six months of waiting at this point, right? We don’t even know that much about it.

The debut window was announced by the NetflixGeeked Twitter account alongside a 19-second teaser trailer. It doesn’t show much, but it certainly demonstrates that Jinx and Vi are going to be prominently featured. When Arcane makes its debut, it’s supposedly going to be an origin story for several League of Legends characters, mainly those hailing from Zaun and Piltover. Aside from those juicy tidbits, we still don’t know much else about the series plot, cast, or how angry it’s going to make fans. Since it’s based on a video game, I’m going to go out on a limb and say that the answer to the latter is “probably a lot.”

In league with some legends

Riot financed Arcane independently, which isn’t surprising given the enormous amounts of cash it has at its disposal. Animation is being handled by Fortiche Productions, a French CGI studio that does work on video games, music videos, and commercials. League of Legends fans will no doubt recognize Fortiche’s work, as the studio has made several videos for the game, including Jinx’s “Get Jinxed” music video. We’re all very interested to see how the show turns out, but we’ll have to be patient and wait a bit longer before we see the characters up-close for minutes on end instead of seeing them from atop as if we were birds. MOBAs, am I right?

The world of @LeagueofLegends is coming to Netflix.
Arcane drops this Fall. pic.twitter.com/7DJgqHpODM