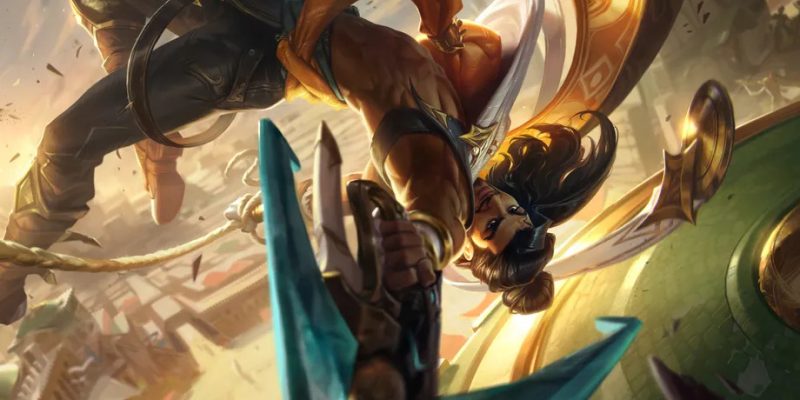 What are some of his new abilities? For one, he’s a marksman assassin, a niche not filled by anyone else in the game aside from Quinn. Additionally, he has a grappling hook that he can use to close gaps and position himself. But most contentious of all, he has the new ability to bring his teammates back from the dead.

Akshan grew up as a street urchin in a Shuriman village, where he’d stand up to the injustices he faced around him. Standing up to the wrong man, however, left him beaten and left for dead, before a woman named Shadya saved him. He trained with Shadya and the Sentinels of Light to fight against the Ruined King Viego. But after the murder of Shadya, he became filled with a mix of vengeance and heroism.

So what’s the breakdown of this vengeful hero’s kit? 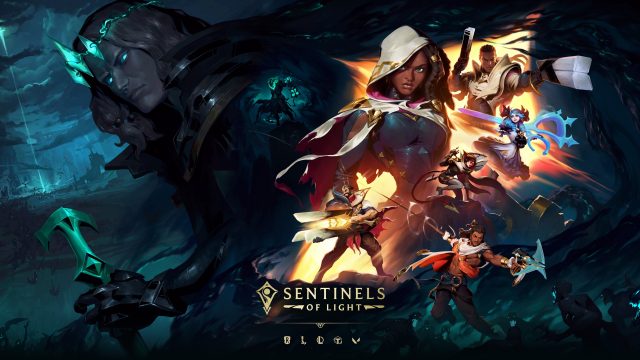 Here’s Akshan and the other Sentinels of Light.

His passive ability, Dirty Fighting, gives him a burst of physical damage after every three hits from attacks and abilities. He also gains a shield if this damage is against a champion. His attacks also fire a second shot that deals reduced damage. You can cancel this shot and instead gain a burst in movement speed.

His Q, Avengerang, is kind of a mix of Sivir’s Q and Seraphine’s ultimate. He tosses a boomerang that deals physical damage and returns to him, revealing enemies hit. The boomerang extends in range every time it passes an enemy, similar to how Seraphine’s ultimate works. Though hopefully, it doesn’t extend as far.

His W, Going Rogue, is the most complicated part of his kit, with both a passive and active aspect to it. When an enemy champion kills one of Akshan’s allies, they are marked as “Scoundrels.” When Akshan kills a Scoundrel, he gains bonus gold, and all allies killed by the Scoundrel are immediately resurrected at base, no strings attached. This ability also gives stealth as an active. When activating this ability, he’s camouflaged for a short period, or indefinitely if he’s near terrain. He can see trails towards Scoundrels and gets some bonus mana regen and movement speed when running towards them.

His E, Heroic Swing, is a hookshot that lands in the first terrain hit. Once the hook lands, he can recast his ability in a certain direction, swinging around towards that direction and firing shots, dealing physical damage. Finally, he can recast this ability a third time, jumping off his hook into the direction of the cursor to fire a final shot.

His R and Ultimate, Comeuppance, lock onto an enemy champion and channels power into his gun. At the end of his channel, the stored bullets are unleashed, dealing damage to whoever it hits. You can also use his E while channeling this ability.

League of Legends is bound to change dramatically with Akshan’s inclusion, so it’s a good idea to prepare for his kit now. For a visual breakdown of his kit, you can visit Riot Games’ ability breakdown. Akshan will release later this month as part of patch 11.15. If you’re interested in trying him out, he should hit the Public Beta Environment later this week. 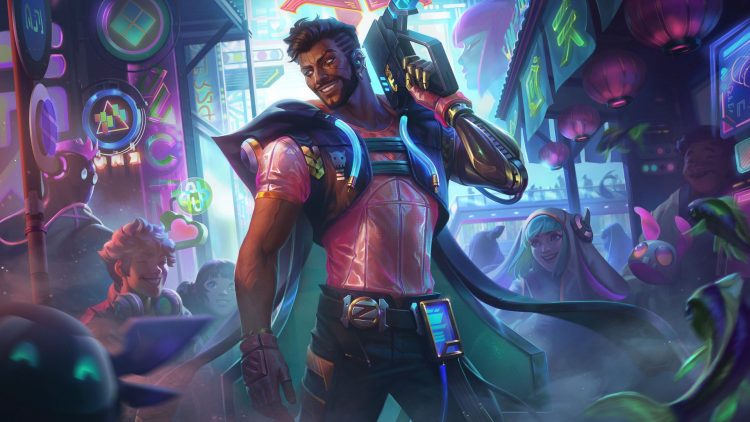 Destiny 2 Witch Queen expansion emerges from the darkness next month