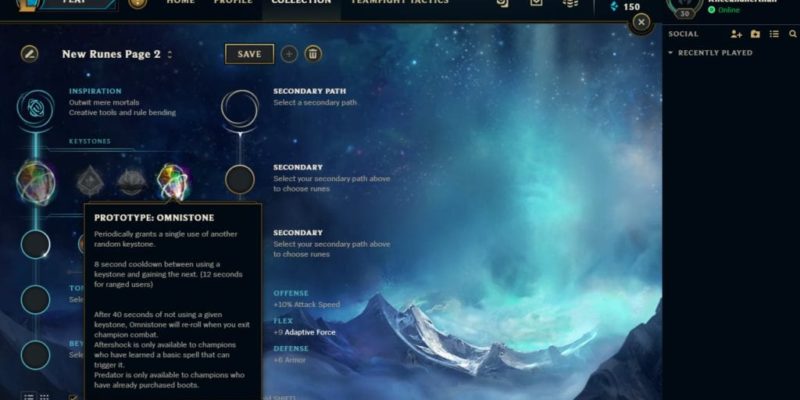 Be sure to pilfer those skill elixirs now — if things stay the same, Prototype: Omnistone replaces Kleptomancy in League of Legends patch 9.23. The change that was taken off of PBE servers before is back now and likely here to stay. Kleptomancy was introduced as an original feature of the Runes Reforged system, but for the sake of a healthy game, it’s time for the thievery to stop.

On live, Klepto rewards users with 5 gold or a random item on their next two attacks against an enemy champion. Synchronizing best with on-hit abilities like Ezreal’s Mystic Shot and Kayle’s Starfire Spellblade, it was made to incentivize player interaction through random rewards. One major problem that has come to the forefront is between tanks and Klepto users in the top lane. If a tank faces a Klepto user, typically a ranged or safe champion, the tank auto-loses the matchup because acquiring survivability means becoming a lumbering treasure chest. A play style that almost nullifies an entire class of champions is more harmful to player experience than it is enriching. 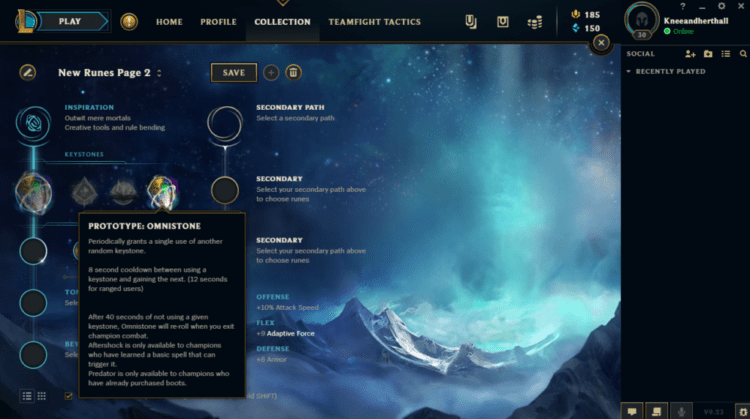 The solution is the Omnistone, which allows players to use a random keystone before cycling to another upon exiting combat. Riot seems intent on utilizing chance as an element in at least one of its runes, which is fine because the randomness of the rewards was not the root of Klepto’s strength; if anything, it was the only thing keeping it (somewhat) balanced. Utilized in this way, chance is an entirely fair aspect of gameplay. Random keystones give players opportunities for creativity as long as they’re paying attention while simultaneously providing knowledgeable opponents hints on when to strike or back off.

The new keystone has a chance to be the best training tool new/returning players have ever had. Using runes in real game situations is the optimal way to learn their power and limitations, and with the Omnistone, a player can hypothetically try every keystone on a champion inside of a single game. As for competitive viability, I can see it working best with champions that have multiple ways to succeed in fights; Akali, Lee Sin, and Sylas are the first three that come to mind. Omnistone is set to release alongside League of Legends patch 9.23.