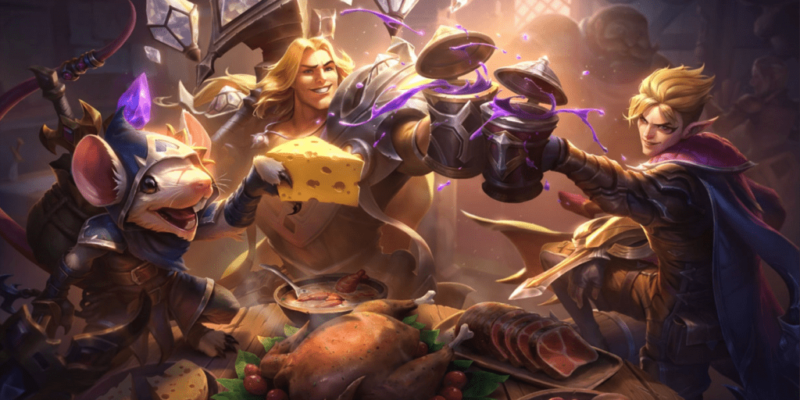 Riot Games’ multiplayer online battle arena, League of Legends, has been a mainstay for over 10 years. Allowing players to battle it out in strategic battles with a variety of colorful heroes, it has been an integral part of the MOBA scene since its debut in 2009. However, aside from the standard 5v5 mode, the game has had a few standout modes that twisted the formula. This includes the awesomely frantic One For All mode, which will soon return for the first time in two years.

The mode has currently come back into the game via the Public Beta Environment (PBE). As stated in the patch notes, players can jump in while the mode is being tested. According to game mode designer Geoff Marsi, this new iteration of One For All will be a little different.

“There are a bunch of new faces to see and new combos to try, from Sett’s bounce-house to the Yuumi mothership! We’re also experimenting with a number of changes to make games quicker and smoother,” Marsi shared. “Hop in and let us know what you think,” he continued, including a list of the new and reworked Champions for the mode.

One For All is now active on PBE!

There are a bunch of new faces to see and new combos to try, from Sett's bounce-house to the Yuumi mothership! We're also experimenting with a number of changes to make games quicker and smoother.

Hop in and let us know what you think ♥️ pic.twitter.com/3soEl7graj

For those unfamiliar, One For All has all five players on a team vote for the Champion they will all use. There is no draft, and everyone uses the same Champion in the upcoming match. Of course, this has often made for hilarious matchups and madness all around.

Riot wants these games to be “nice and snappy” with a “little bit of laning, a mid-game fiesta, a touch of late-game action, and then over.” In order to ensure games do not last too long or become “trapped,” they have made some changes. This will affect the likes of “gold and experience to towers and Baron scaling.”

The game mode’s arrival will coincide with patch 10.6 going live. According to the patch schedule for League of Legends, that is likely to be March 18.

By Otto Kratky1 min ago
News