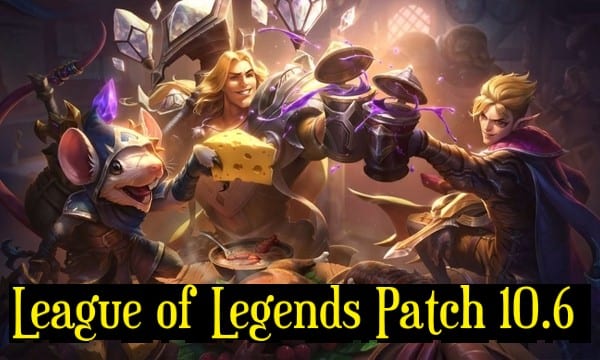 Already three months in and Riot Games is showing no sign of slowing. These past three patches have all been pretty major so far, enough to change the state of the game! But let’s keep it real — League of Legends is still blazing ahead with changes to champions who might now be viable in the jungle, which also includes some mages strangely enough. Alongside this, some changes to Death Dance and the Teleport summoner spell of all things will also be coming to League of Legends patch 10.6. So without further ado, let’s look at the changes.

Anivia will have a major buff to her Glacial Storm (R) where it can no longer be canceled by any form of crowd control. Anivia’s ability to proc Frostbite (E) on her ultimate will now have its duration extended to three seconds.

The Wukong rework has been released for some time. We have discussed this rework in depth.

Yorick’s Shepard of Souls (Passive) has a guarantee to spawn a grave whenever a Large monster dies near Yorick. Alongside this, Yorick’s ghouls will also take 50% damage from monsters.

Death Dance will have its recipe changed. It has been a popular item for League of Legends since it was first released. Its build path will now consist of Aegis of Legion, Vampiric Scepter, and Caulfield’s Warhammer and will have an extra 500 gold to complete the item. With these changes to the item, Death Dance now costs an extra 100 gold.

Death Dance now has its AD decreased from 80 to 50. It also now has 30 Armor and Magic Resist, with its bleed passive only now only affecting ranged champions.

Teleport has always been a staple summoner spell in League of Legends. Teleport’s cooldown will be changed from 360 seconds flat to 480—240 seconds over the course of the game. After using teleport, the spell now also grants 30—45% movement speed over three seconds on arrival. 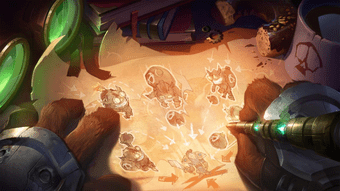 One for All is the next rotating game mode coming out in League of Legends patch 10.6. It’s been so long since the game mode last came around, and I’m so excited to try it out  Yuumi and Sett with my friends.

To catch up with the patch notes on the live servers for League of Legends, you can check out the official patch notes for 10.5.

World of Horror — How to find and defeat Something Truly Evil