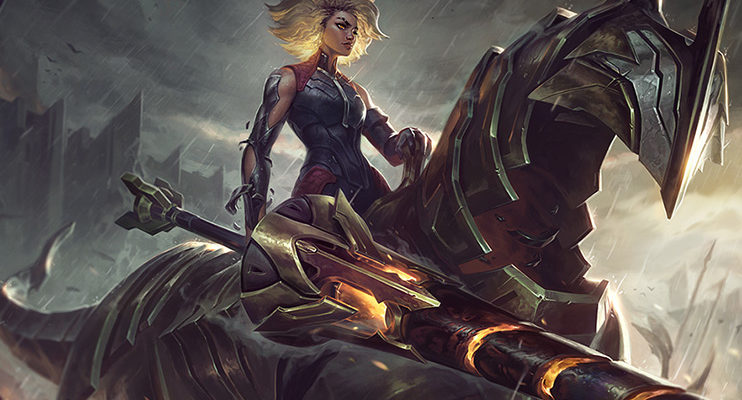 Between Legends of Runeterra, Valorant, and League of Legends, Riot Games is arguably more popular now than it has ever been before. Just because Riot has been sticking more fingers in more pies than ever before doesn’t mean it has been neglecting the one that started it all though. League of Legends is still going strong, and Riot just announced its next new champion, the earth crushing and iron bending Ferromancer, Rell.

First off, what is Ferromancy? It is basically iron magic, which is the ability to do amazing things with metal. It’s sort of a hybrid between what a metal bender from Avatar: The Last Airbender and Magneto from X-Men can do. Lore wise, Rell is a product of horrible experimentation and torture by The Black Rose. She is a living weapon that was made to overtake Noxus, and she has the raw power to back that claim up. Rell had it rough since she was a child, as the Black Rose tried to perfect her control over metal. One day though, she was able to escape from her captors, leaving a trail of the blood behind her.

Gameplay wise, Rell is a slow, but powerful tank type character. Her passive ability is ‘Break the Mold’ which lets her steal enemy armor and magic when she attacks them. The drawback is that she attacks very slowly. She can also siphon multiple different resistances from other foes, turning her into an absolute unit. Her Q is ‘Shattering Strike,’ which employs her giant lance to stab any enemy in front of her, breaking their shields as well as an enemy behind the first target. The more enemies that she hits, the more damage it does, essentially turning her enemies into a giant shish-kabob. 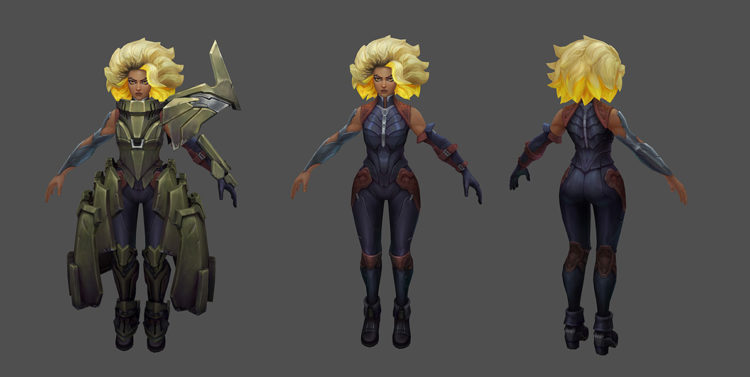 Magneto wishes he had a cool metal horse

Her W1 is called ‘Ferromancy: Crash Down’ and only works while mounted. Rell jumps into the air and her mount becomes her armor, generating a huge shield until it is destroyed or she dismounts. When she lands back on the ground she will deal damage to all surrounding enemies. Rell has increased durability, even lower movement speed, and a movement speed cap while armored up.

After the transformation, the ability will change to her W2, ‘ Ferromancy: Mount Up.’ When using this ability while armored up, her armor will become a mount and she will gain a burst of speed. On her next attack she will rush the opponent, flipping them over her shoulder for extra damage. After this transformation, the ability will change back to Crash Down.

Her E is ‘Attract and Repel’ which lets Rell bind a piece of her armor to a target allied champion and increase their armor and magic. Recast this spell to break the bind and stun all enemies between her and the targeted ally. When using Shattering Strike with this active, her and her targeted ally will receive health for each champion Shattering Strike hits. This can also be cast when using Crash Down.

Eat your heart out Toph

Lastly, her R is Magnet Storm. She will bring all nearby enemies towards her, then a gravitational field will appear around her, further pulling enemies in for a few seconds afterwards. Enemy actions do not stop when being dragged in, so this is a great way to get enemies off of your allies and let Rell take that damage instead.

Rell might be the tankiest tank who ever tanked and she will join League of Legends in patch 10.25, which will be the game’s last patch of 2020. Patch 10.25 does not currently have a release date, but since we are already almost done with November, it can’t be too much longer. You can download League of Legends right now for free right now.

By A.K Rahming50 mins ago
Hardware