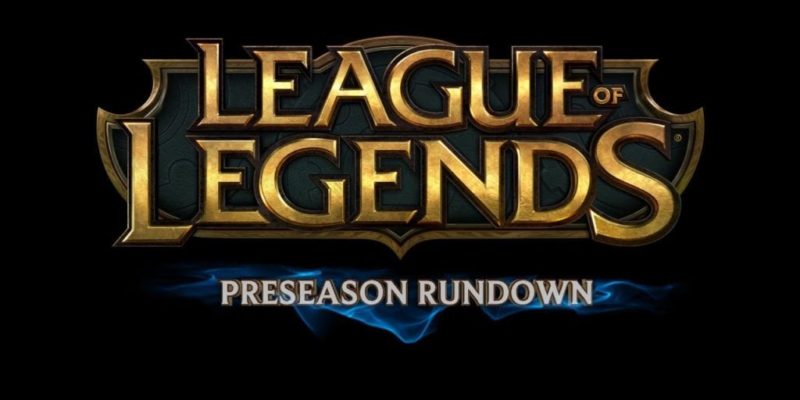 League of Legends season 10 will bring changes to the shop as usual. Patch 9.23, also known as Preseason 10, sees some items leaving, others changing, new build paths, and items too.

Raptor Cloak and the items it builds into, Ohmwrercker and Zz’Rot Portal, are all on their way out. Disabling turrets is now exclusive to Bard, as it probably should be, but the chime and hum will never be as melodic as the glitchy turret targeting sound from Ohmwrecker.

Changes were made to Lethality items to bring them up to par with their Ability Power counterparts. An example of the ideal balance exists between Guardian Angel and Zhonya’s Hourglass; both items provide combat stats, an active invulnerability effect, and are built by different champions for the same reason. Edge of Night, which used to provide a spell shield upon activation, now operates the same as Banshee’s Veil, automatically activating the shield every 40 seconds. 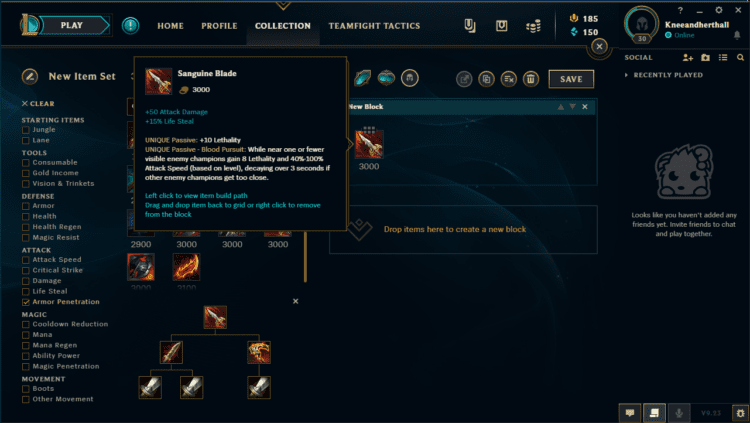 Duskblade’s Ward killing Blackout passive has been moved onto the new Umbral Glaive, which, like Twin Shadows, costs 2400 gold and provides an upper hand on vision control. Also introduced this patch is the 3000 gold Sanguine Blade. The item gives 50 Attack Damage, 15% Life Steal, and 10 Lethality, but it will mainly be built for the Blood Pursuit passive that grants an additional 8 Lethality and decaying attack speed while near isolated enemy champions. Solo laners, beware.

ADC items receive significant alterations. Zeal costs 200 more gold, while its constituent, Cloak of Agility, now gives 25% Critical Strike instead of 20. Items that give the Energized passive (moving and attacking charges up next attack) now enhance each other. A player can still only have one Energized attack ready at a time, but that attack now receives different buffs from Rapid Fire Cannon, Statikk Shiv, and Mehrunes’ Stormrazor, respectively. Stormrazor now also gives 25% Crit; champions that rely on attack speed and kiting are in a happy place.

Support itemization has been changed, effectively redefining the way to play the role. Previously, it was necessary to spend the first bit of gold on completing a ward item. Now, the warding passive is granted automatically upon hitting gameplay milestones. Spellthief’s Edge stays relatively the same but is mirrored by an Attack Damage counterpart in the new Spectral Sickle. 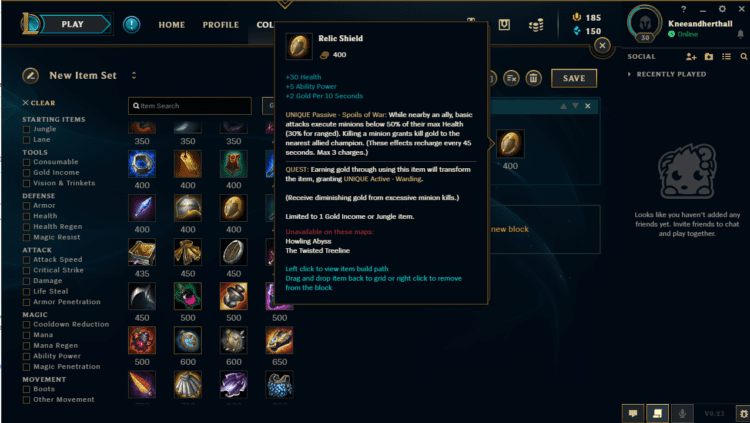 Relic Shield now gives Health and Ability power, similar to the new Steel Shoulderguards, which provide Health and Attack Damage. With the auto-upgrade mechanic and new items, supports are able to build whatever they want, the same as every other role. This makes bot lane combinations more flexible than ever before; don’t be surprised if season 10 starts with a massive shift in the meta.

The League of Legends season 10 changes ensure that all champions have access to items of similar purpose and power. Patch 9.23 is likely to go live on November 20.