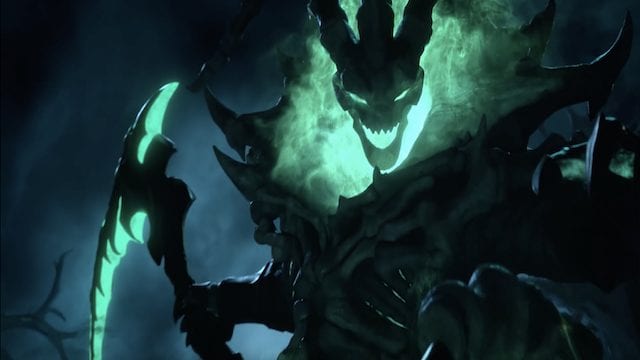 The League of Legends 10th anniversary live stream is currently underway, with the developers celebrating the popular PC game. And there’s a lot of news that dropped in the last half hour. But perhaps the biggest thing fans were waiting for was the confirmation of a long-awaited champion, Senna.

She has been the topic of rumors for some time now. But Riot finally made her official, debuting a new cinematic trailer for her. Though it doesn’t show off any of her abilities, it does tease a bit of her backstory. And beyond Senna, some surprising map changes are coming as well.

What’s Senna all about?

In the trailer, we see that Senna has her ties with another champion in the series, Lucian. They were apparently married at one point before she ended up dying, after which she became trapped inside a magical lantern by Thresh. Now her power will finally unleash, as she’s set to debut on November 11.

League of Legends will also get another update set to take place on November 21. With this one, the game will see one of the “biggest changes to Summoner’s Rift in years.” And it all revolves around the Elemental Drakes.

They’re neutral characters that actually work with the four natural elements. But once this update takes place, they’ll be able to change the effects of the map itself.  For instance, the Cloud Drakes will now have the ability to boost players across the map even quicker, at a greater speed. In addition, Fire Drakes can tear through grass and walls like they are nothing, possibly opening up a new route.

Alcoves and bushes will also come to the map, which will give players the opportunities to set up ganks against others.

More gameplay from these map changes is likely to debut over the next day or so. But for the time being, Senna’s debut trailer should definitely give you fans goosebumps.

That, combined with the recent announcement for League of Legends: Wild Rift on mobile and unannounced consoles, should help push League of Legends into a strong 2020. Here’s to Senna finally coming to the game!

Ghost Recon: Breakpoint gets a patch for its myriad issues