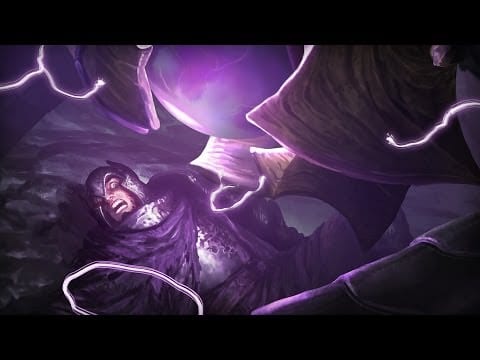 Riot Games have released a teaser trailer for League of Legends‘ forthcoming champion, Vel’Koz, the Eye of the Void.

Vel’Koz appears to be a terrifying eldritch abomination which is hunting knowledge, and likes hurling out lasers and energy blasts and explosions, so I guess some of the knowledge it’s after is “how much energy does it take to melt an opposing champion.” I’m afraid I don’t really have the slightest idea how the champion works, but you can have a read up on his abilities and whatnot over on the League of Legends Wikia page. Over there, it seems to be implied that he’s a mid-lane hero with a big emphasis on repeated spellcasts, so building for mana or cooldown reduction is probably the way to go. However, I am terrible at League of Legends, so do not listen to me.

Have a looksee at the teaser trailer below.