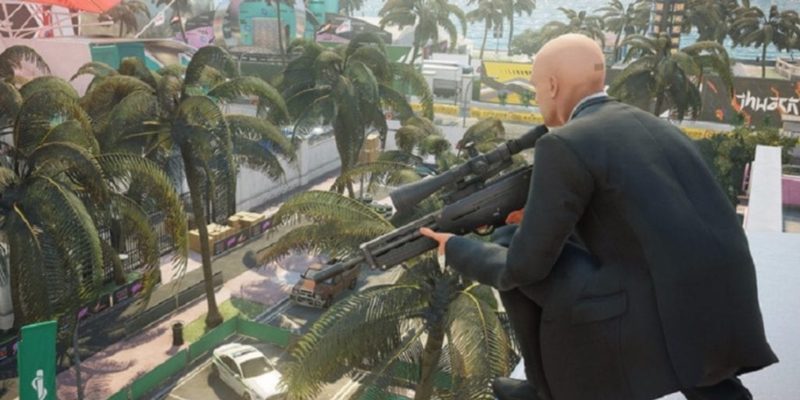 If there’s anything that I need desperately in a Hitman game, it’s a little bit of help getting my kills right. By admission, I’m terrible at stealth games despite finding them so fun. IO Interactive and WB Games have flatfooted mooks like me in mind with their latest trailer.

Hitman 2‘s How to Hitman: Assassin Mindset shows off a few of the tricks and gameplay mechanics that will be in store. Opening up, a hydraulic lift is lowered to kill a target with a car. This is old hat to fans, something they do accidentally on their way to the store. But this is just setting the stage to introduce what the gameplay will have in store.

One of the new additions that this title will introduce is called Picture-in-Picture mode. In this mode, you can see in real time whenever something of note happens somewhere else in the map. Say a guard stumbles upon one of the bodies you didn’t hide well enough. In this case, a pop-up appears in the corner of the screen showing the scene play out. It looks like an invaluable tool for any aspiring stealthy hitman.

Dirty deeds but nothing about this is cheap

The mini-map system is also shown off, letting you know where your victims are as well as any potential threats like guards. Sightlines for security cameras are visually represented so you can more accurately avoid them. Agent 47’s trademark ability to assume other identities is here in full force as well. From a taco shack operator to a race car mechanic, you’ll still have plenty of tools available to avoid detection.

Hitman 2 will release November 13, 2018. There is a Collector’s Edition available which includes a copy of the game, a bullet keyring, an Agent 47 rubber duck, and Agent 47’s signature coins. All of this is included along with the Gold Edition of the game in a sleek-looking gun case.