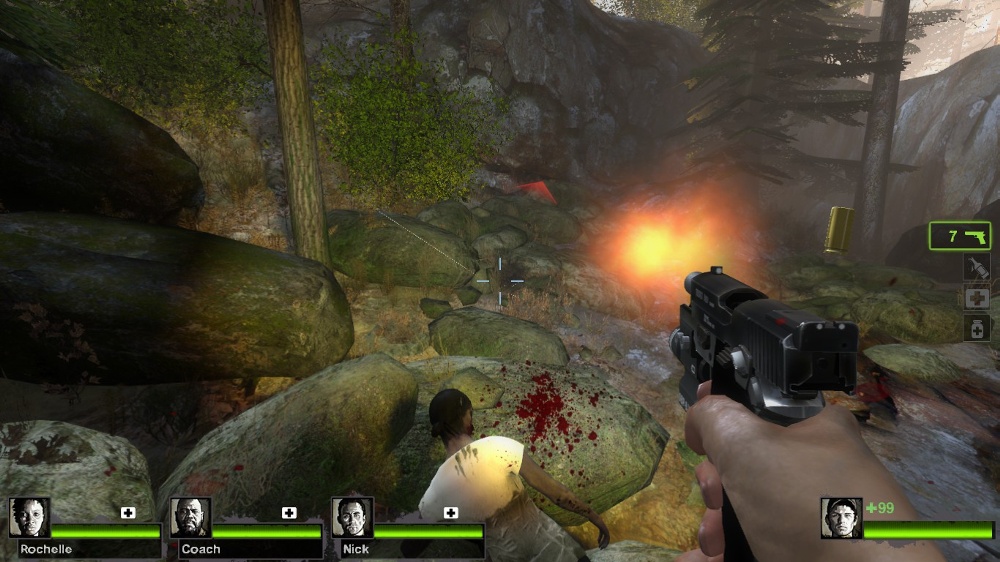 The third add-on for Left 4 Dead 2, a four-chapter campaign called ‘Cold Stream’, has been released today for the PC version of the game (through Steam). Xbox 360 owners will have to wait a little longer, as Valve states it is “working with MS on a release schedule“. As usual, the PC version will be free, while the Xbox 360 one will set you back $7.00 USD (560 MS Points).

Cold Stream distinguishes itself from previous campaigns by having every single one of its four chapters end on a ‘gauntlet’ event (think ‘The Bridge’ from The Parish campaign in the original game).

The final chapter, Cut-Throat Creek, is a panic event through the entire level.

The ‘Cold Stream’ update also comes with ports of Death Toll, Dead Air, Blood Harvest and Crash Course from Left 4 Dead, so now you can play through them in the sequel and see how Coach handles zombie airport security.

Kojima to Reveal “what fox engine can do” on August 30th

Telltale’s The Walking Dead launches on iOS devices this Thursday