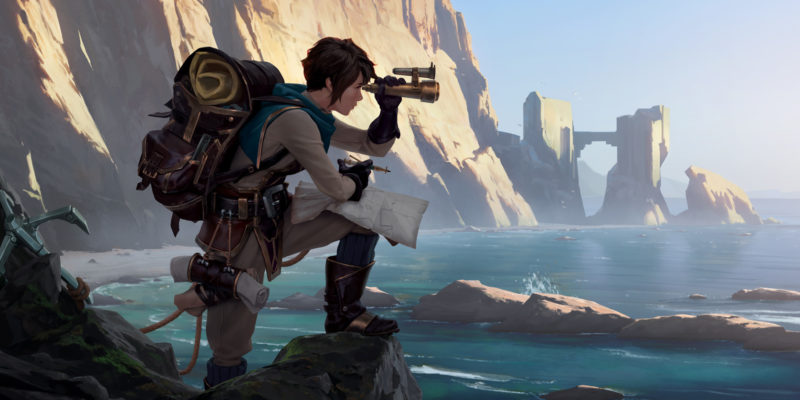 At the back end of 2019, Riot Games announced that it was creating a digital card game based on the League of Legends universe called Legends of Runeterra. There have been some limited access closed betas since the announcement. But fans have been begging Riot to give them more than just a taste of the game. So, in an announcement on the Legends of Runeterra YouTube channel, Riot revealed that an open beta would be starting on January 24.

The Legends of Runeterra open beta will actually go live at 11 a.m. PT on January 23, but only for people who played in the preview patches (closed betas). If you were unable to get into these limited events but want a day head-start on the competition, you need to register on PC by 11:59 p.m. PT on January 19. You can head over to the Legends of Runeterra official site to sign up.

At 11 a.m. PT on January 24, the Legends of Runterra open beta will truly open. After that, anyone will be able to immediately create an account, download the game, and play for free. As a reward for taking part in the inaugural Beta Season, players will be given an exclusive Moonstruck Poro Guardian when Legends of Runeterra fully launches.

What’s new in the Legends of Runeterra open beta?

And once you reach a tier, you cannot drop below it again that season. The idea behind this is to encourage players to experiment with decks. Riot doesn’t want players to be forced to always play the meta decks out of fear of losing rank.

Three new guardians will also be added to Legends of Runeterra when the open beta goes live. Along with that, over 20 cards are receiving updates (including a major update to Anivia). Six new boards are also being added for players to personalize their gameplay. And you will now be able to use the social panel to interact with friends from all three of the game’s current shards (Americas, Asia, and Europe).

Lightmatter review – Stranger to the light