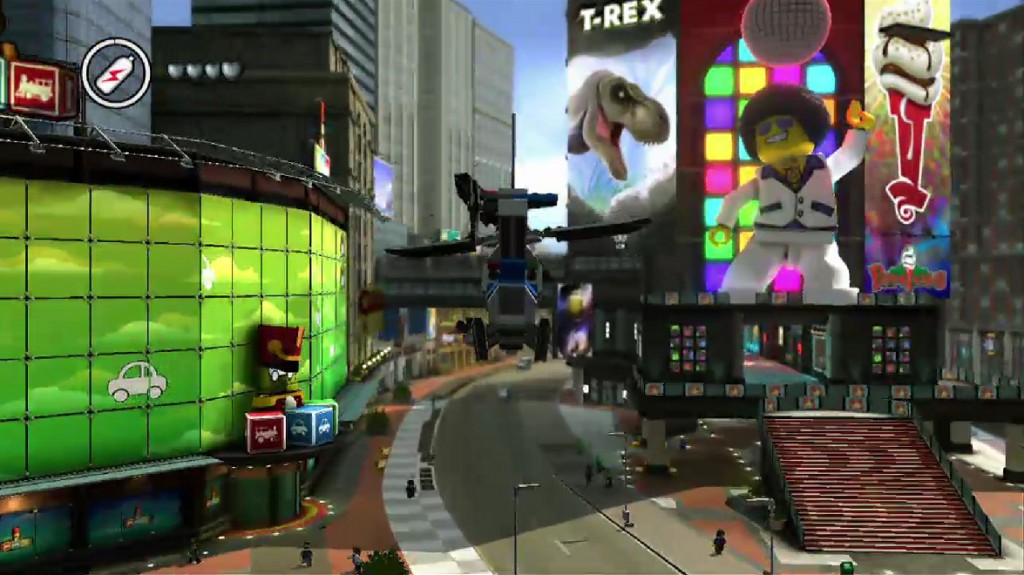 Nintendo has announced Lego City Undercover for the Wii U.

It looks a lot like a more family-friendly version of Grand Theft Auto from the perspective of the police, in that it looks to be a free-roaming open-world-y title with a focus on crimebusting. Also, one shot from the trailer – flying a helicopter above Times Square – is a bit reminiscent of GTA4. Yes, I know that’s tentative.

Wait! Come back! It’ll probably be good! Development duties appear to be with Traveller’s Tales (better known as They Who Did The Really Good Lego Games Like Star Wars And Harry Potter), but this doesn’t appear to be just another entry in that series.

Lego City Undercover appears to be a bit more focused than those games, with a single protagonist (capable of dressing up in disguises) and a design that appaers fairly open-world as well as lots of speech, an original story, and plenty of parodies, ranging from Mario to The Matrix.

This was, apparently, previously known as Lego City Stories. I can’t decide which name I prefer.

There’s also going to be a version of the game on the 3DS, but it seems unlikely it’ll be a direct port. We’ll find out closer to its unknown launch date, I suppose.