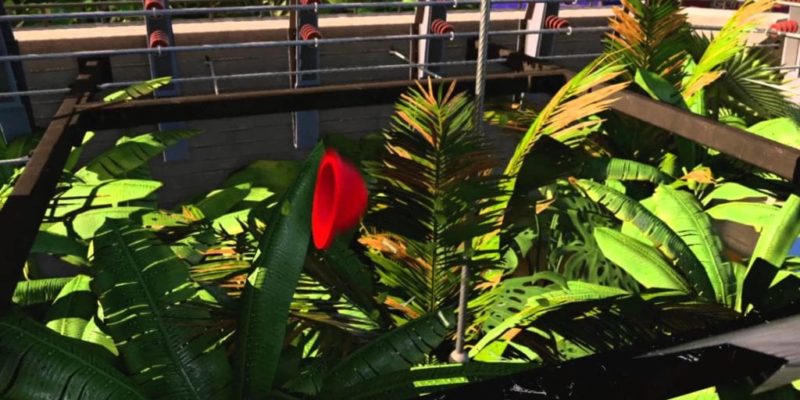 After the CG dinosaurs and “clever girl,” I think there’s one other thing we all remember from Jurassic Park. I’m pleased to be able to say that the LEGO Jurassic World gameplay trailer gives us a glimpse of LEGO Jeff Goldblum’s handsome front-rug.

There are also LEGO dinosaurs (as you’d hope,) a collection of physical and sight gags (as you’d expect,) and pretty much all of the required Jurassic Park references (as mentioned above.)

LEGO Jurassic World is one of those titles that includes all of the films in one game, so you’ll be playing through the storylines of Jurassic Park: The Lost World and Jurassic Park III as well. Whether you want to or not. Since Jurassic World isn’t out yet, and those other two Jurassic Park films are … not so hot, you can understand why this trailer would focus mostly on the famous one.

The game itself will be released in June 2015, which I believe handily coincides with the Jurassic World release date.