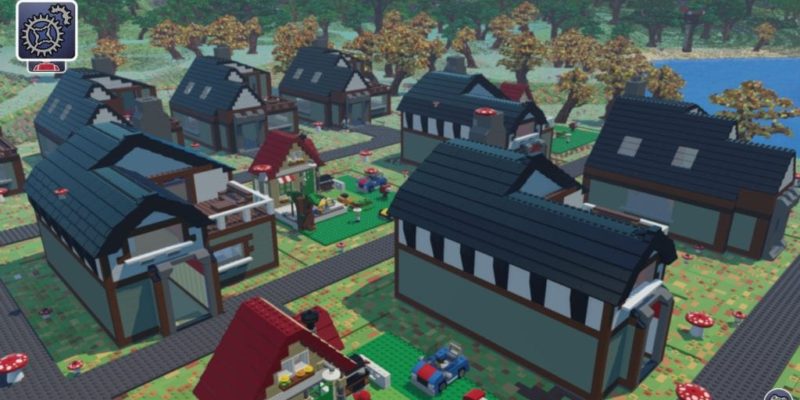 The kind of open world building, exploring, and creativity on offer here is going to draw obvious Minecraft comparisons, but since Minecraft was effectively a giant Lego box under a different guise, that’s perhaps to be expected.

The Early Access plan for Lego Worlds (according to their little Steam blurb) is for the game to develop its intended list of features through 2015, and then release as a “full” version some time in 2016. Right now, the game is selling for $15.00 USD, but that will change on release and may increase as it expands in Early Access.

“Regular updates” are promised, with things like “full liquid behaviour” and “Updated AI Behaviors to provide organic feeling to free-roaming creatures and characters” planned in due course. “Online multiplayer” is in the to-do list as well, so it’s single player for now.

Right now, Lego Worlds features some procedurally generated terrains, terraforming and building tools, rideable creatures (including a dragon and an emu ostrich if the trailer is anything to go by) and vehicles, a day-night cycle, plus various discoveries and unlockables.

“So much of this game will be about building and sharing and by sharing our plans with the community, we hope to incorporate their feedback and build an experience together that fans of LEGO and this genre of video games can enjoy,” say TT.

Back The Bard’s Tale IV, get a free game

Source 2 DLC for Dota 2 pops up on SteamDB