Everybody is fairly sure a PC version of Grand Theft Auto V is on the way. Last we heard, Rockstar was even advertising for someone to help bring their “latest titles” to the platform. So yes, expect it to follow the console releases at some point. Probably.

Since the developers feel uneasy about announcing a PC version directly, perhaps they’ve left us some hidden clues in these new screenshots? (They haven’t … but maybe they have … except they haven’t.)

This picture has a bridge in it. A clear hint that the minimum specs will require Sandy/Ivy Bridge processors?

This shade of green looks familiar to me. Nvidia graphics?

The license plate clearly reads 24SCC763. If you add up all the numbers, you get 22. X is the 22nd letter of the alphabet. That gives you SCCX, which in Roman Numerals is … um … hang on … bear with me here … 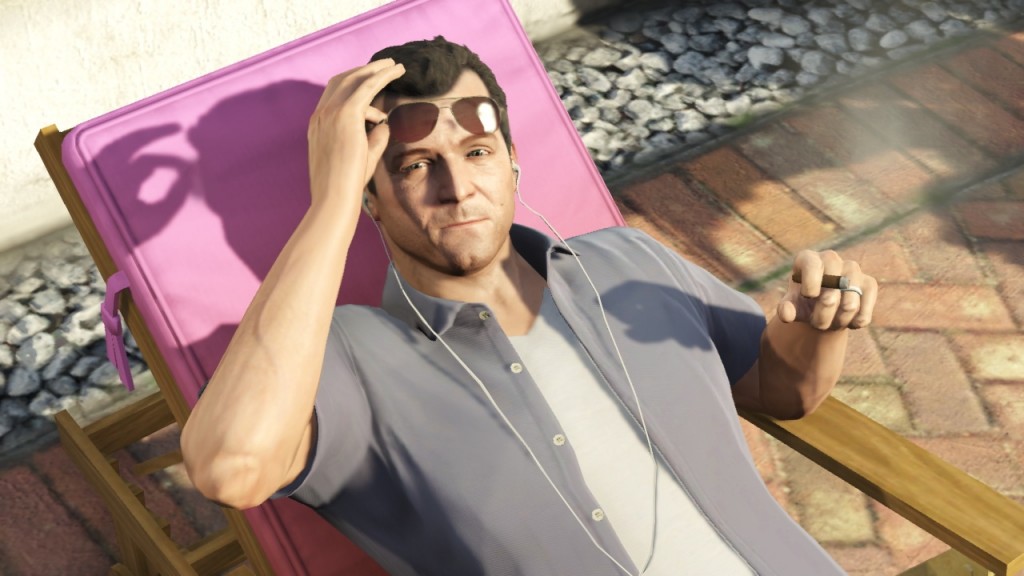 Um. PC and plane begin with the same letters? Shit, I don’t know.

Releasing a PC version IS a matter of dignity and … err …

Ok, fine, maybe there aren’t many clues here. The rest of the images can be found below.