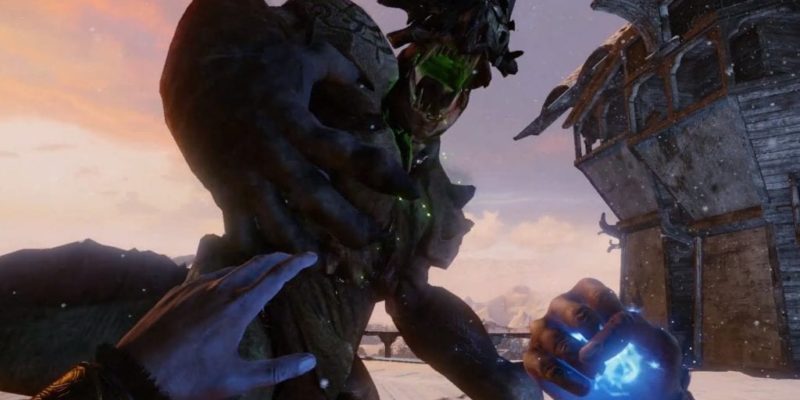 Cor, but Lichdom looks lovely. A first-person RPG powered by CryEngine 3? Yes please, particularly when it focuses on hurling giant bolts of doom at everything nearby.

Although that’s maybe a bit disingenuous, because Lichdom doesn’t just focus on spellcasting – it focuses on emergent spellcasting. The trailer claims “thousands and thousands of spells”, and from the sounds of it they mean that in a Magicka sort of way, in that what you cast and how you cast is down to you. This trailer doesn’t show much of how combat actually works, mostly focusing on whatever looks prettiest, but assuming this is largely unedited gameplay footage it looks like there’ll be some sort of slowdown mechanic in play, perhaps while you’re changing up your spells. Or maybe you can cast a spell to slow down time. That would also make sense.

Lichdom will be casting Magic Missile at the darkness sometime in summer 2014. I might have stopped calling it The Elder Magic Scrolls, Dark Messiah of Might & Magicka, and Borderhands by then, but don’t hold your breath.