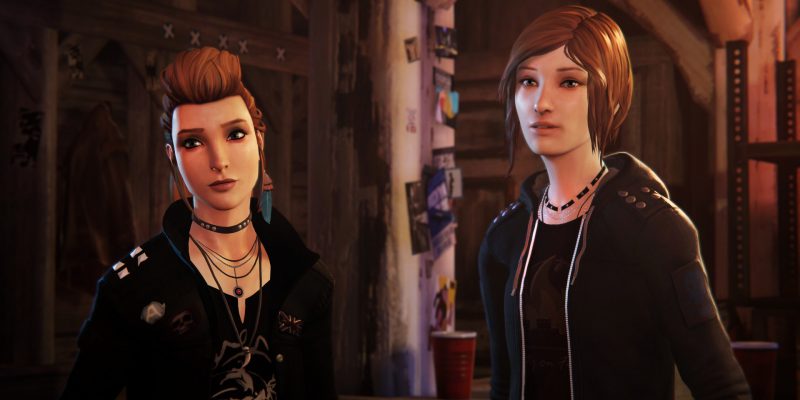 According to Steam, the Remastered Collection features enhanced visuals in both games’ scenery and characters. Plus, it will include “vastly improved character animation” and “refined gameplay puzzles.” Life is Strange: Before the Storm‘s Deluxe Content, a bonus episode and additional outfits for Chloe, is also included. Those who pre-order the Remastered Collection will receive Chloe’s “Zombie Crypt” outfit.

The Life is Strange series features episodic narrative adventures where player choices affect the games’ endings. The main characters each have their own supernatural abilities, such as time manipulation or telekinesis. Players can choose to harness these powers for good or evil. In Life is Strange, Max rewinds time to create a butterfly effect and either save — or destroy — Arcadia Bay. Life is Strange: Before the Storm explores the story of Max’s close friend, Chloe. Chloe may not have her own power, but she does have a witty attitude that can help or harm her relationships. It’s all up to you.

Square Enix announced during its first Square Enix Presents showcase today the newest addition to the franchise, Life is Strange: True Colors. For the first time, players can experience the game in one release, rather than episodes. The story follows a new protagonist, Alex, and her ability to see others’ emotions in color. True Colors will release on September 10 in three editions: Standard, Deluxe, and Ultimate. The Ultimate Edition will include everything from the Remastered Collection, as well as True Colors bonus content.

Project Athia is now Forspoken, and it’s coming in 2022