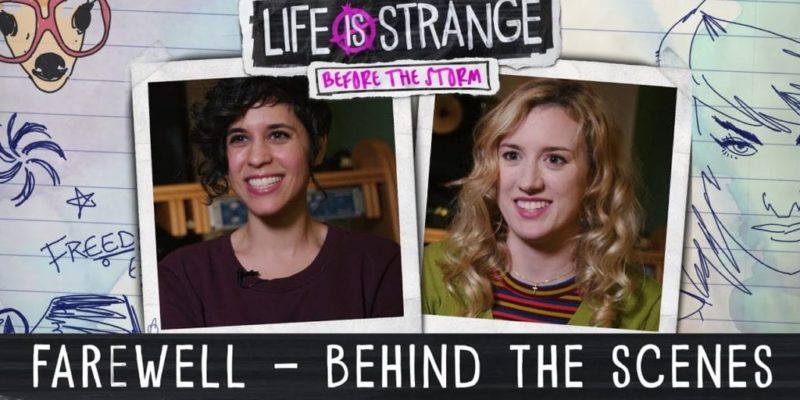 Hannah Telle (Max) and Ashly Burch (Chloe) will be reprising their original Life is Strange roles in the bonus ‘Farewell’ episode, coming in 2018. This extra episode, a stand-alone to the three in the main Before the Storm series, was exclusive to the Deluxe Edition of the game.

Burch’s return as the voice of Chloe Price for this episode is notable, as her absence from Before the Storm was due to the (at the time) ongoing SAG-AFTRA voice actors strike. Union and games publishers came to an agreement to end the strike in September of this year. Voice actors did not get the residual payments they sought, but did secure a structure of ‘per session’ bonus payments in certain circumstances. Publishers will also have to provide greater transparency over what an acting role will actually entail (physical mo-cap stunts, overtly violent or sexual actions, and so on), rather than expecting actors to accept roles without knowing such basic details.

Rhianna DeVries, who has voiced Chloe for the other three episodes in Life is Strange: Before the Storm will remain to do motion capture work on ‘Farewell’. “We were really happy with Rhianna DeVrie’s performance as Chloe in Before the Storm and the fan reaction to her has been great, she’ll continue to work closely with us as part of a really close team we have created,” say the developers Deck Nine.

Deck Nine aren’t saying much about what ‘Farewell’ will be about, beyond the fact that you’ll be playing as a younger Max Caulfield than in the Dontnod-created Life is Strange. Here’s some behind the scenes footage of Telle and Burch discussing their roles. The third and final episodes of Before the Storm is still to be released.