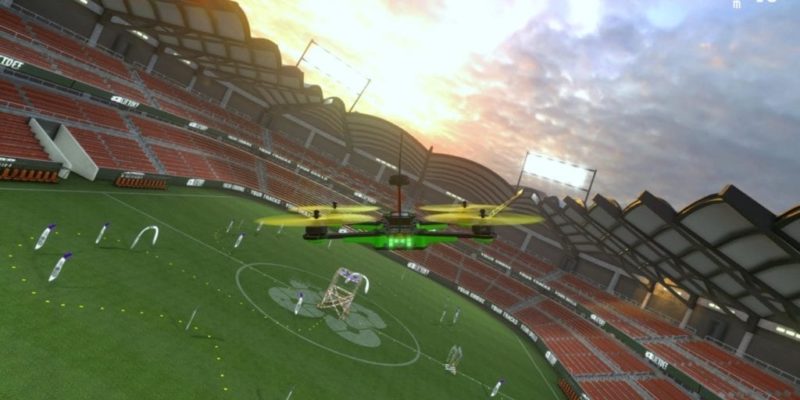 If you think drones are only meant for taking pretty pictures and shooting cool footage, think again.

High-speed drone-racing title Liftoff has been in the Steam Early Access program all the way back since 2015. Now, three years later, it’s about to soar out in the open for real as a full release. Its launch day is set for September 13, 2018.

Liftoff features 21 real-life drone frames (which can be customized), 14 environments to race around in, along with a track editor for creative users to let their imagination run wild with. The game has built a solid reputation among professional members of the real drone-racing community, with some who’ve played then going on to win actual races themselves. Definitely not bad at all for an indie title.

Check out the latest trailer along with the press release:

LuGus Studios will launch Liftoff, the world’s leading drone racing sim, on September 13th. Do you have what it takes to master your craft and own the skies?

30th August, Hasselt, Belgium: LuGus Studios are thrilled to announce that Liftoff will be leaving early access and taking to the skies on Thursday, 13th September.

Created to capture the high speed excitement of drone racing, Liftoff aims to open up the FPV racing experience to everyone, from skilled pilots and veteran drone racers, to gamers who are interested in taking their first tentative steps into the drone racing community. During their time in Early Access Liftoff conquered the arctic circle, was used as a $1600 clue on TV show Jeopardy and has been used by the French military as a training tool to test the reflexes of their pilots.

Liftoff has been built with authenticity at its core, featuring simulated drone physics that have been painstakingly recreated to blur the line between video game and reality. Since the game was revealed, LuGus Studios have applied 85 updates to Liftoff, integrated 21 real life drone frames, built 14 environments for racers to explore and created a dedicated competitive league. Liftoff also features a comprehensive track editor which has seen nearly 3000 tracks built by Liftoff’s passionate community.

“The drone racing community is filled with creative minds and budding engineers and it’s the passion of this community that has helped us shape Liftoff throughout Early Access,” said Kevin Haelterman, Co-Founder of LuGus Studios. “Through the support of the community, their feedback has fuelled our attention to detail and allowed us to make Liftoff the definitive drone racing experience, offering players the most true to life experience possible. Even though we’re excited to launch out of Early Access, we will continue refining and supporting Liftoff long into the future .”

In addition to the track editor which allows players to build and share custom race tracks, Liftoff also offers the ability to completely customise your drone to make it uniquely your own. LuGus Studios plans for Liftoff to extend far beyond the September launch date too and will keep adding new content and features to evolve the game through the support of the Liftoff community.

While the game is used professionally and has seen pilots go on to win real life races, Liftoff is still a game at heart and will launch packed with new content including environments, drones and cosmetic rewards, while additional track building tools and tweaked physics will also be implemented for Liftoff’s launch. Liftoff also supports the use of FPV goggles and a wide range of remotes to completely immerse players at the forefront of the racing action.
Liftoff releases on PC & Mac on Thursday, 13th September. For more information on Liftoff, please visit the official Liftoff website and Steam page, or follow Liftoff on Twitter, Facebook and YouTube.

Battlefield 1 Premium Pass will be free this September