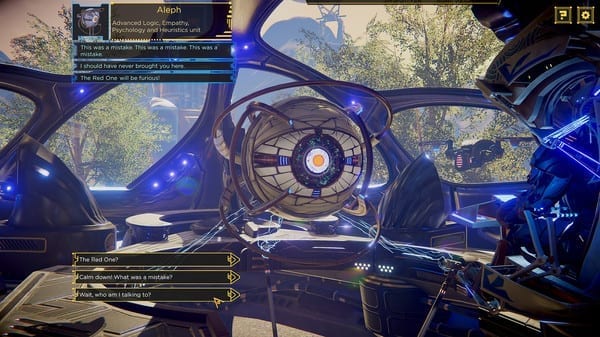 Lightstep Chronicles is a text-based, sci-fi adventure game where the goal is to rescue Captain Cain Phoenix’s crew and save him from annihilation. Players begin by exploring an off-world underground crash site as Captain Cain Phoenix. The captain and his crew are taken away by the active AI after discovering an abandoned, ancient spaceship filled with AI technology.

Throughout the game, players will utilize the captain’s communication and negotiation skills to uncover secrets and solve puzzles hidden through the ship in order to escape.

Here’s a look at the sci-fi world behind Lightstep Chronicles.

Based on a comic

The game is based on a comic book series also known as Lightstep Chronicles and is set in the Lightstep universe. The original comic series was kickstarted by Imagine Incredibles and published by Dark Horse Comics. While the game takes bits and pieces from the comic, it is a standalone story.

Game developer Eipix Entertainment wanted to take elements from the comics that would be suitable for the story they wanted to tell in the game. This means reading the comics isn’t necessary to fully enjoy the game. Although, developers have noted that players who’ve read the comics will have a better understanding of certain references in the game. It’s also been noted that the story is focused on the line between humanity and artificial intelligence.

Lightstep Chronicles will arrive on Steam on Aug. 1. However, for those who want to test out the game before buying, a demo version is available from the creators on their Game Jolt page.