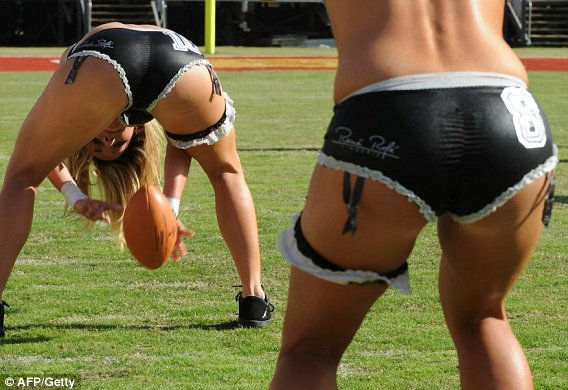 The rights to create videogames based on the sport-porn extravaganza that is the Lingerie Football League have been snapped up by Yuke’s, the developer behind THQ’s WWE and UFC Undisputedgames.

According to the studio, the LFL will be it’s “next big franchise”.

If don’t already know, the LFL is a 7 vs. 7 women’s American football league that’s played at various,NFL, NBA, MLS and NHL stadiums  during each of those respective sport’s off-seasons.

C’mon, you already knew what it was.

“We at Yuke’s feel that there is incredible momentum building behind the LFL and that the sport is perfectly positioned to become the next big franchise in the gaming world,” Yukes CEO Yukinori Taniguchi said.

“The core global fan base of the LFL, which consists of nearly 60-percent Men, 18-34, perfectly aligns with the gaming world’s target market.”