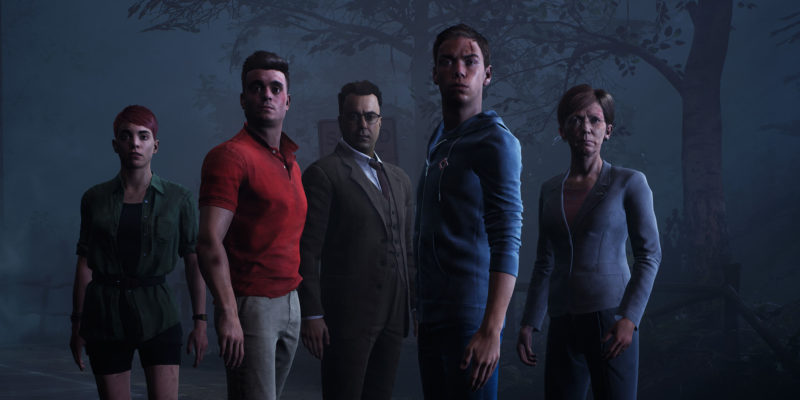 The group will discover a derelict house. As Andrew, try to examine all the objects to find some secrets before checking out the entrance to the house.

Premonition: The bench has the “Demon at the Door” premonition. 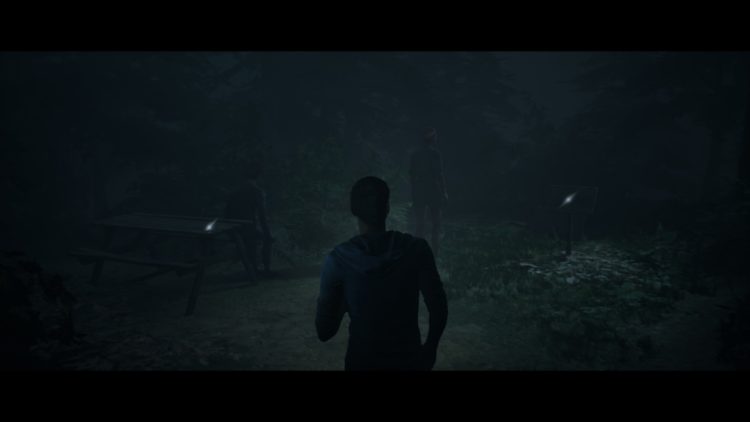 Next, check the doorway with the fireflies. Andrew and Daniel will have a vision.

You can talk to the person to tell them who’s the true source of the evil in Little Hope. 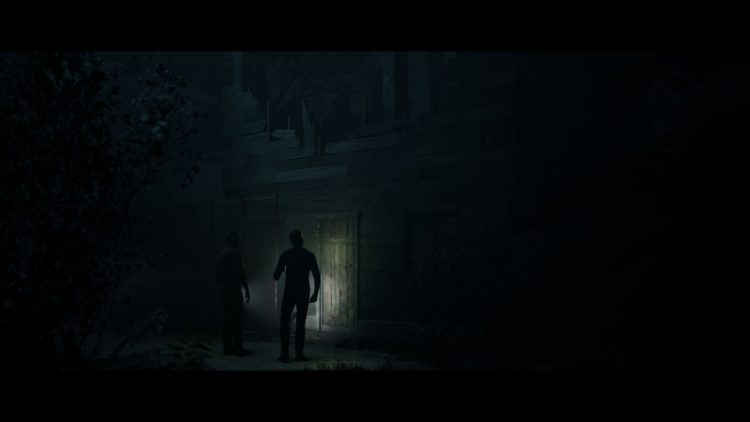 Once the vision is over, you’ll take control of Taylor. Reply to Daniel in a playful manner if you want.

Before the group can get going, a demon creeps up behind Taylor. There will be a minigame here so press the correct buttons. 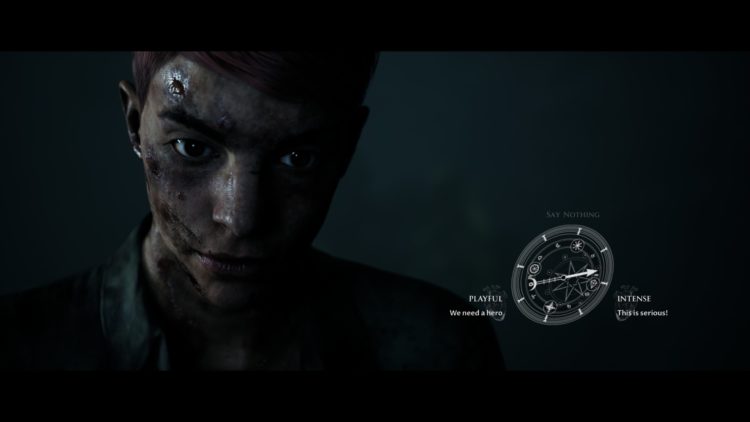 If you follow the movement, let’s just say Daniel will flub. The next QTE portion might be tougher if that’s the case.

As Taylor, you can reply in either a heroic or fearful manner. I chose the former. This was followed by an aiming minigame, so be ready to kick the demon when prompted. 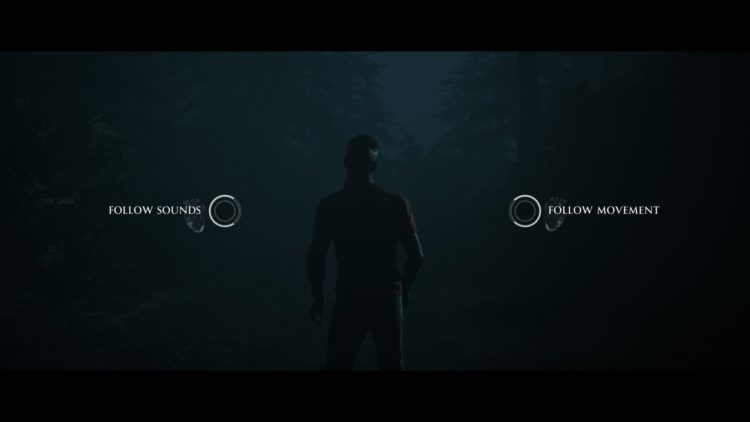 Once the group reaches Little Hope‘s Textile Factory, I chose to respond in a hopeful then thoughtful manner as Daniel.

Premonition: Next, I examined one of the boxes which had the “Pressed Into Silence” premonition. 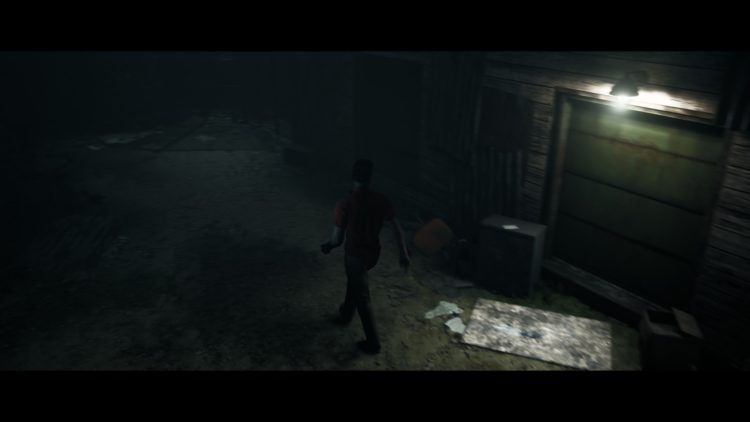 Check out the other items here including the candidate’s poster.

Head upstairs and, once you reach the landing, Vince will arrive and tell you that it’ll all be over soon. 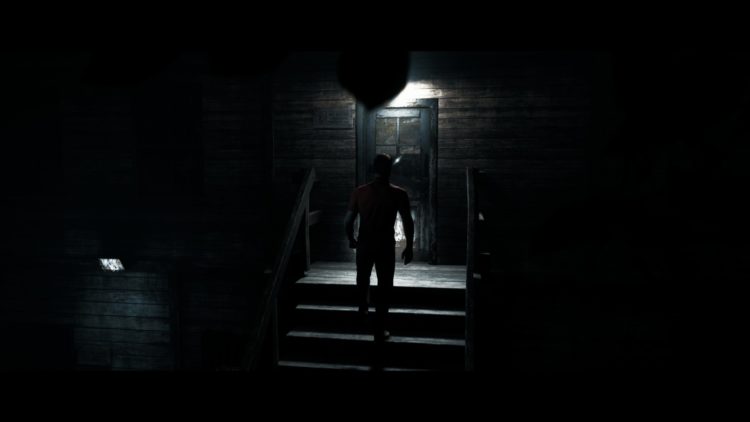 Upon entering the factory, another scene will trigger. As Daniel, you can either answer in an aggressive or sympathetic way.

After this, you can reply in an uncertain or supportive manner. 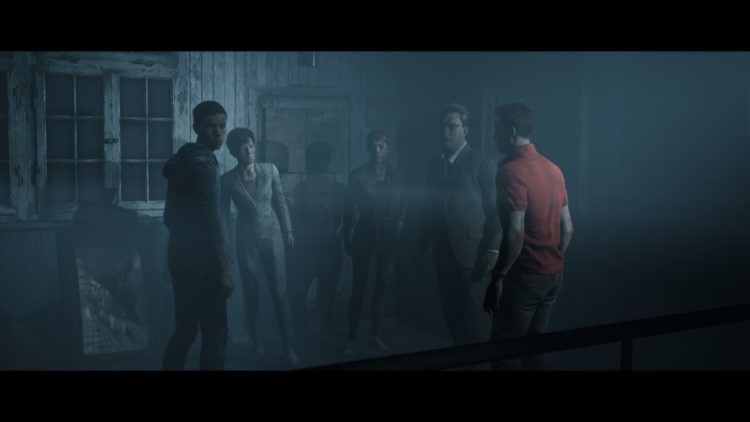 Inside the factory, check out all the objects to discover more clues.

These include the team portrait, the plaque, the note (which you can flip around), and the family photo (which Andrew will keep). 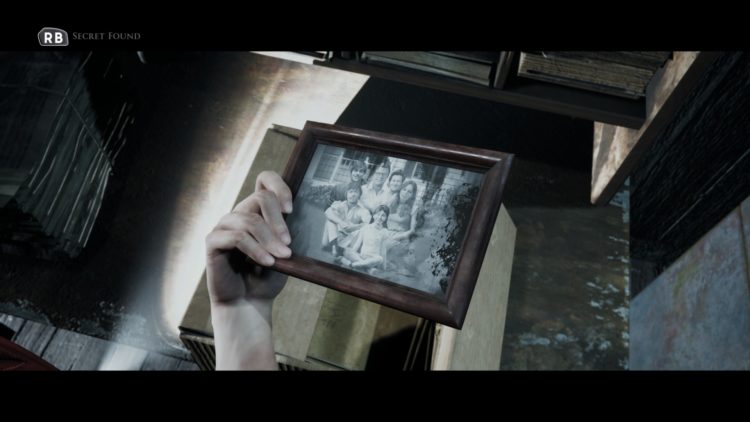 Down below, you can find the notice, the newspaper, the judge’s portrait, and the judge’s letter. 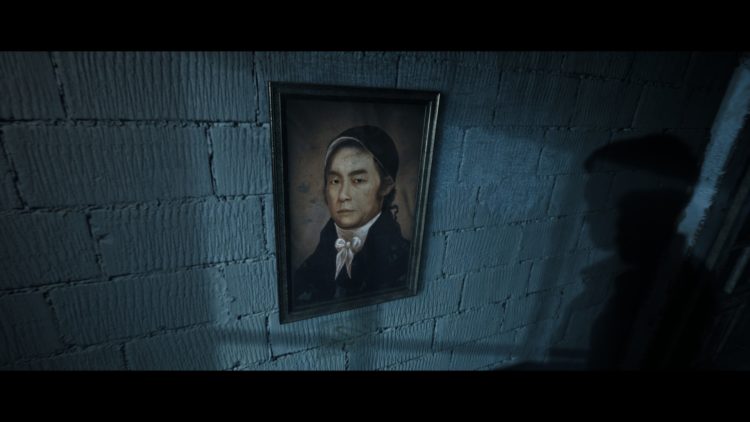 When you reach the crates, be ready for some minigames. 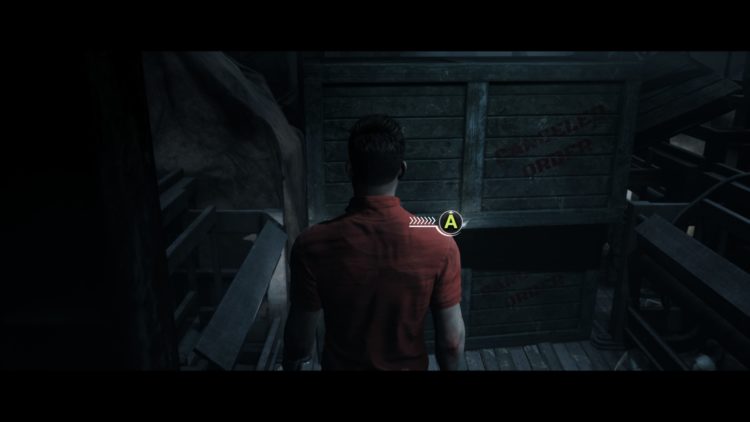 After Daniel falls down, you can either choose to attack the creature or tell Andrew to pull you up. I picked the latter.

Next, you can respond in a reckless or reassuring manner. I chose to reassure the group. This is followed by a short bout with the demon (some QTE prompts and then an aim-and-kick minigame).

Note 1: If you chose to attack, Andrew will attempt to shoot the creature. Assuming you didn’t shoot the demon behind Vince in “Surrounded,” but you did shoot the two that were attacking Taylor and Daniel in “Low Point,” then you’ll still have one bullet left after firing at the demon here. Regardless of shooting the demon, there are still some QTE prompts for Daniel and he asks to get pulled up.

Note 2: If you pick the reckless option while getting pulled up, Andrew will also tumble down below. There’s a “Keep Calm” minigame for Daniel followed by more QTEs. 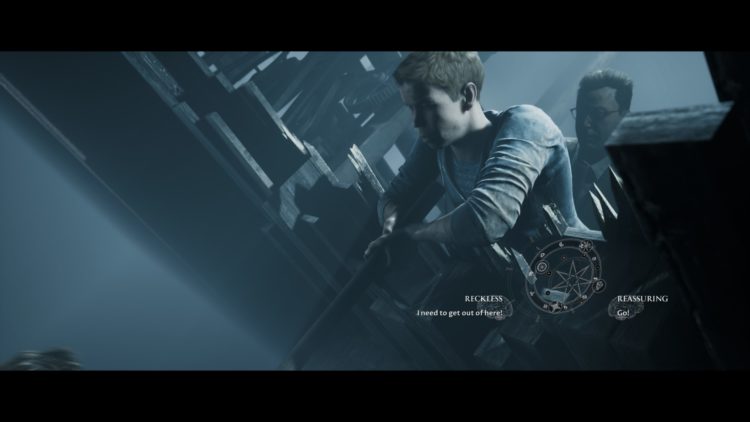 Regardless of what happens, the group leaves the factory.

You’ll eventually spot a tunnel, and it looks like something’s still after them. Daniel, if he survived, will rejoin the group at this point. 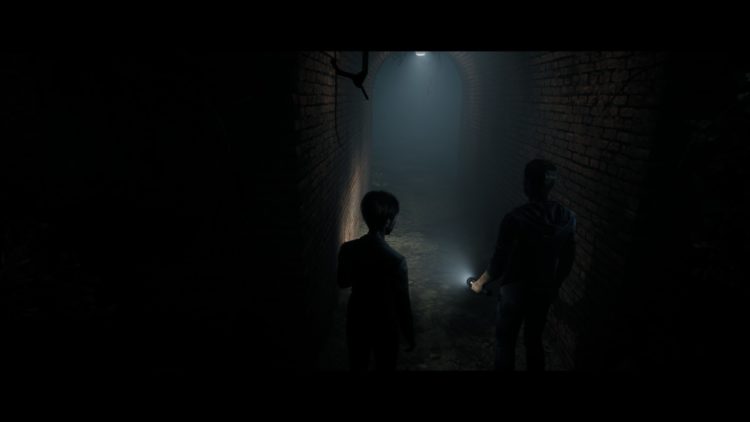 Before going through the picket fence, check out the broken down car.

The hood has a sun icon secret and the trunk has a newspaper clipping. 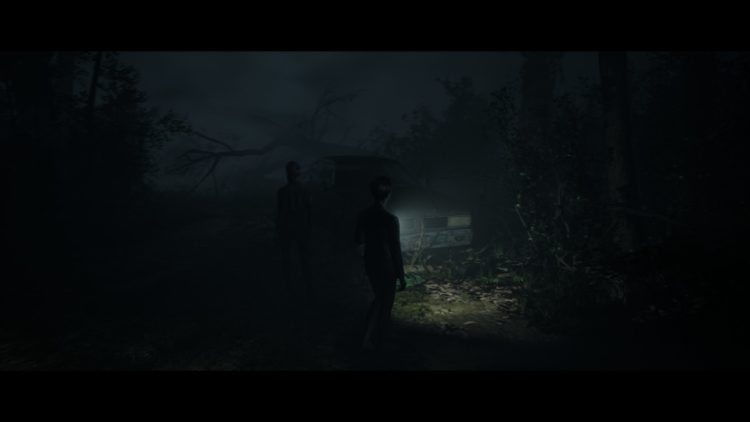 Once you go through the picket fence, you’ll enter a house’s yard where Mary pops up.

This is followed by another vision.

As Angela, you can either help the man or confront Mary. I chose the former. 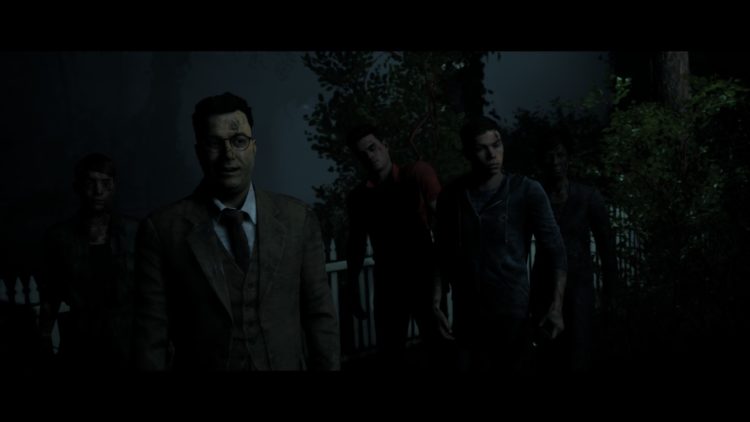 After the scene and as everyone attempts to escape, you can be resentful or reassuring towards John. I chose to be reassuring.

The perspectives will consistently switch this time between John and Angela. There are several QTE prompts and fighting minigames here. 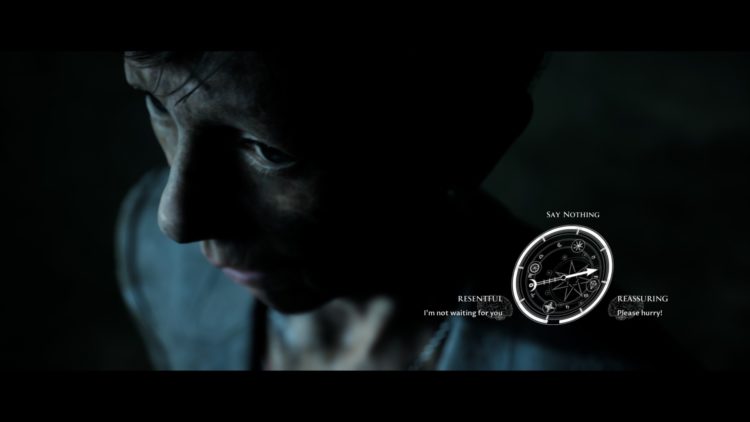 I won’t spoil everything, but, sufficed to say, you’ve gotta make sure to succeed in all of these. There’s also another decision where you can either help Angela or run. I chose to help her.

That’s followed by a couple of tense moments, so be prepared. Then, via dialogue choice, John can be fearful or heroic. I decided to respond in a heroic manner. 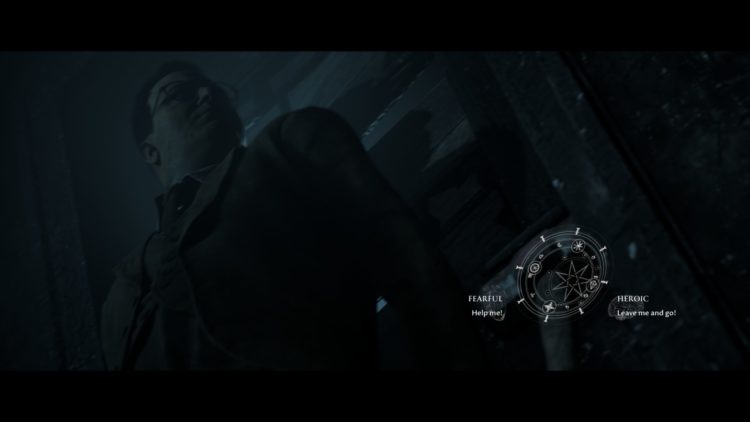 Hopefully, you were able to successfully keep all the characters alive. Now, it’s time to check out Little Hope‘s finale and endings. 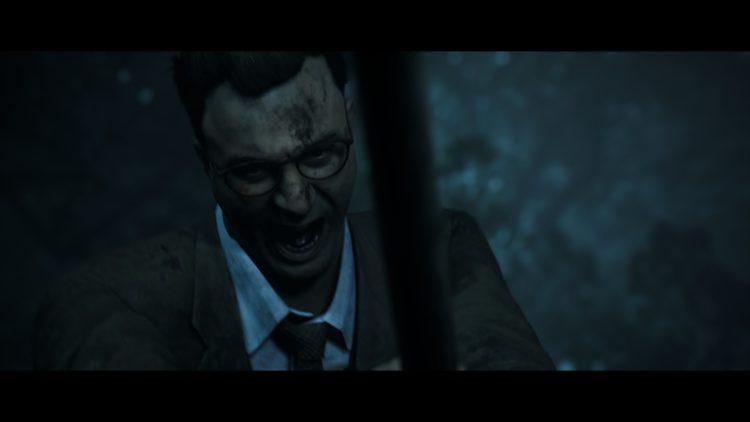